Heads up, brand new and not approved (that I know of).

I would be wary of them: there has been mention of a possible change in design to make the wording actually visible on dark blue rank slides and early adopters could find themselves wasting money on items thaty will become obsolete.

I advise sticking with the free, issued, jersey-coloured rank slide on outerwear for the time being.

Agreed, guessing it will be a swift no to them. What design change could there be other than text colour?
Or bumping the font size to a million (Might explain why the slides are so wide).

I assume a change to the colour. The wording is hard enough to see on the jersey slides but they may as well not have bothered on these!

They have also invented a new rank “Fit Lt”

Hey, one of us has to be fit at least

Planning process … what is this thing of which you speak?

Easiest thing would be to change the text colour to be a bit lighter (jumper blue, perhaps!)

3 posts were merged into an existing topic: Multiple BADER emails

HQAC want us all to put SO much effort into planning our activities when they can’t even plan the design of a cheap pair of rank slides.

You couldn’t make it up.

We can’t make out the black text on dark blue-grey background from a distance!? 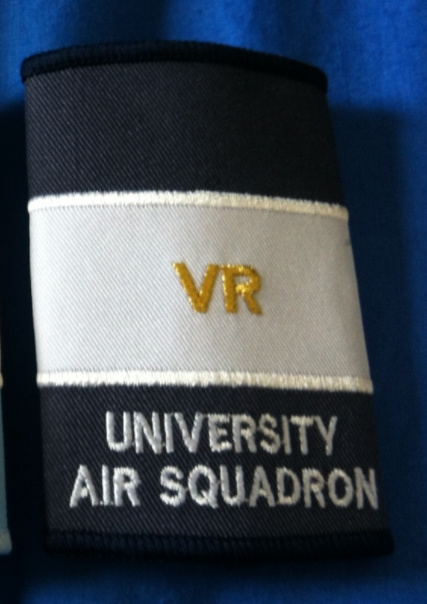 You couldn’t make it up.

of course you could - this is all just cheap sequel stuff, it has all the imagination of Police Acadamy 56 or Highlander 19: This Time Its Forever!

do you not recall the one where they wanted the ACO to be the RAF’s footprint and then chucked them all out of the RAF?

or the one where they wouldn’t give anyone any uniform and then complained about uniform standards?

surely you remember that black comedy where they put a halfwit in charge of a flying, shooting and camping organisation, she stopped the flying, the shooting and the camping and they gave her a second term and a CBE?

Well, the RAF have killed flying and camps, while the army/SASC have done for shooting.

Uniform standards - or else!

Apparently not approved… even though they are from our official supplier…

They are our official supplier for the specific items permitted in our regulations.

They still sell a huge amount of other stuff that is not necessarily of any sort of approved pattern, so we cannot fall into the trap of assuming that it is OK just because CD sell it - they will sell anything that will shift, regardless of legitimacy! That is why I think it was a mistake getting into bed with them at all!

Perhaps they could be convinced to adopt a “legitimate uniform” badge that they could tag certain items with on their website.

Flashed up on Facebook this morning. … They now have Gortex rank slides for sale

They are our official supplier for the specific items permitted in our regulations.

These rank slides should be two quid a paid max, but people have bought them at a fiver, which is only encouraging rip-off OTT pricing.

In business terms this is a monopoly and HQAC should not be encouraging such things.