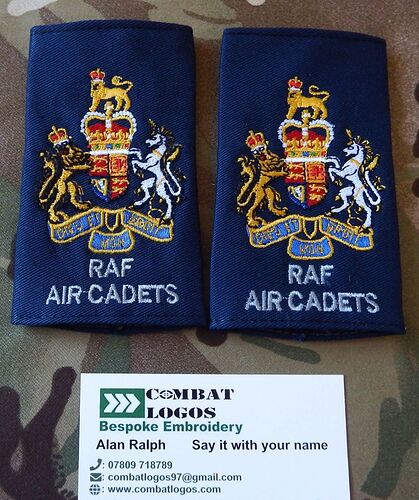 Would look ace if the stitching was a tad better IMHO.

There’s only two lions in the English quarters of the royal arms.

Comparing them to the ones on Cadet direct, it does need a few tweaks. 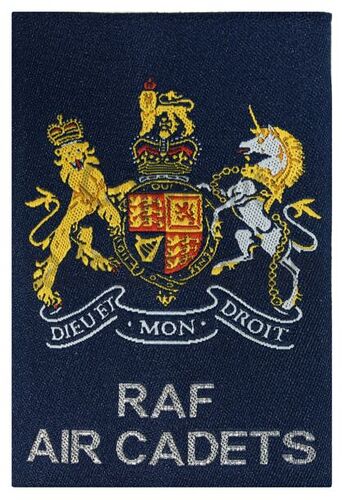 Personally I dislike the WO rankslide in terms of the actual coat of arms; rather than following RAF style which is a bit taller, the pattern seems to have been taken from a google stock image, or the RAF website model which doesn’t actually fit exactly with the WO pattern rankslides in current use.

I wouldn’t buy from these. Shoddy workmanship and terrible customer service!

Needs a new crown too?

Not officially yet surely?

There’s only two lions in the English quarters of the royal arms.

Oh gosh, hadn’t even realised that. Now you’ve pointed it out I’d be popping them back in the return envelope.

Nice concept, but needs some work.

Have ordered from CL before, as they were doing the GPJ rank tabs for Officer, before CD did.

Hasn’t the bloke at combat logos come out and said that if you order anything with a crown it’ll come with a tudor crown? Thought that was a bit bold given nothing’s actually changed yet (though I did get the email from military direct offering new RN officer cap badges)