What in the BLUE HELL are these? 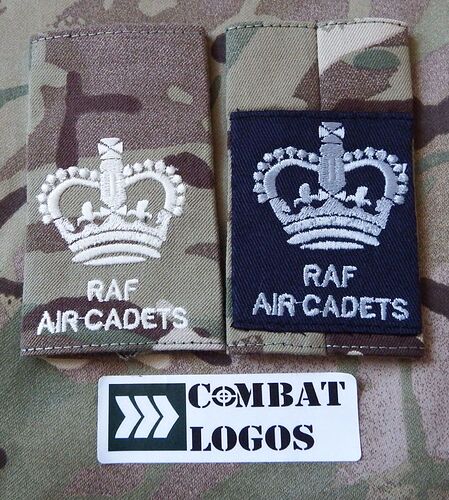 Can anyone tell me what these are, who would buy them, or why a company would sell something which doesn’t meet the dress regs?

why a company would sell something which doesn’t meet the dress regs?

Is that a serious question?

As for why people would buy them… Stitching a blue slide onto the reverse of a subdued slide isn’t new.

Except it’s usually a proper blue slide. They should have done that.

Someone hide this before @AlexCorbin has a stroke!

I guess I just don’t get why anyone would actually buy them at all.

Is that a serious question?

Do they do officer ones? It could be wind up a WO time.

My main question is why would anyone buy something which is obviously very poor quality?

@JoeBloggs seen these before and seen worst lol

They sell them, because people will buy them.

I’ve seen one of those in the flesh. I think it’s so you can go from barracks to tacticool in moments. Lol

When the change to RAFAC happened, they were the only place selling the GPJ coloured officer slides.

To be fair to Alan at CombatLogos, he’s very good at doing custom rank slides where they are justified (just slow)

These type of slides wouldn’t look so bad on the blue side if the seam wasn’t visible. Why not just stitch the seam on one side?

The usual nonsense reason I hear the fans of these say they’re ‘needed’ is because they don’t ride up the epaulette as much, because they take up the whole thing…

The other common ‘reasons’ for wearing slides like these back in the day were:

“The pins get caught on rifle slings”.
I can attest that did sometimes used to happen until I mounted my blue slides, but it was never a particular ‘problem’. The worst instance I ever had was jumping down after fiddling with an antenna on the roof of a Landy and my pins getting snagged in the camo net. The result was a torn rank slide and bent pins. Not the end of the world at that time when supplies were plentiful.

“I wear these for fieldcraft because I need to keep to my blue slides clean”.
That one might now actually have more relevance than it ever did then given the poor provision of rank slides. Though, personally when I had only two pairs of slides and I was crawling around in the mud I would just take my blue slide off and tuck it in a pocket until later.

Then of course there was also the old favourites:
“Blue slides aren’t tactical”, and
“The pins are a health and safety risk when lying prone”.

Drop me a Pm I have a question to ask

Was that to me?

I was never enamored of the VGS staff not wearing VRT pins ‘because FOD’, either; especially given that AEF pilots managed to source ones with VRT embroidered onto them. Still do, I think.

I’m a little more tolerant of the FOD issue having once chased down a plastic pen lid which had found its way into jamming the elevator linkage in a K21 glider.

Of course, if people had used the ATC pins properly - inserting them through the shoulder strap - then the chance of them falling out was greatly reduced. The way that people used to try to superglue pins onto rank slides, or tie them on poorly with fishing line I can fully expect that some did fall off too easily.

But that should be even less likely for VRT whose pins came with those almost impossible to bend tabs brazed onto them.

I never lost a pin, and I wore them throughout all of my time on JL DS, doing more fieldcraft than most staff would. 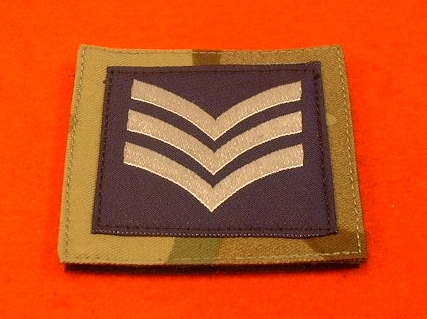 This does hurt my eyes