In various announcements in the local press here near ACC Towers and now in the National press it has been announced that the Royal Air Force Aerobatic Team (RAFAT), the Red Arrows will be relocating to RAF Waddington.

The Lincolnshire Live reported that, 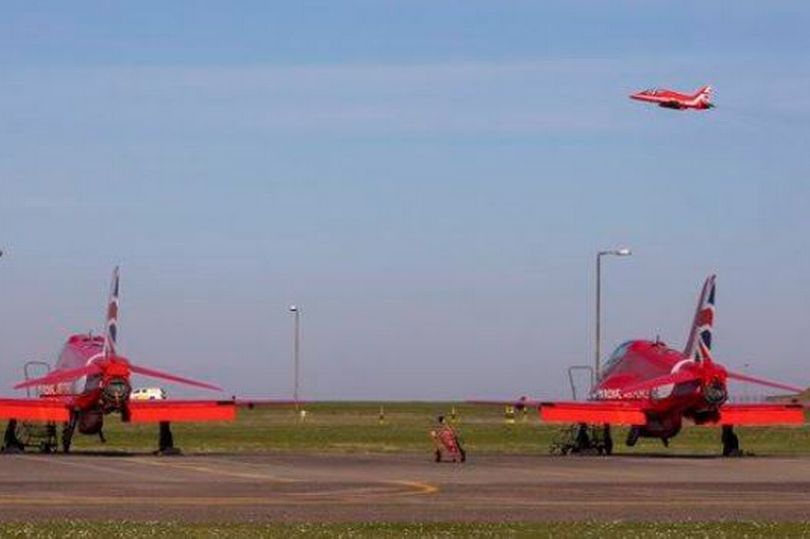 “Lincolnshire will remain the home of the world-famous Red Arrows after the Ministry of Defence confirmed the location of their new home.

The iconic Red Arrows are to move a short distance to RAF Waddington once their current base at RAF Scampton closes, it has been confirmed.” 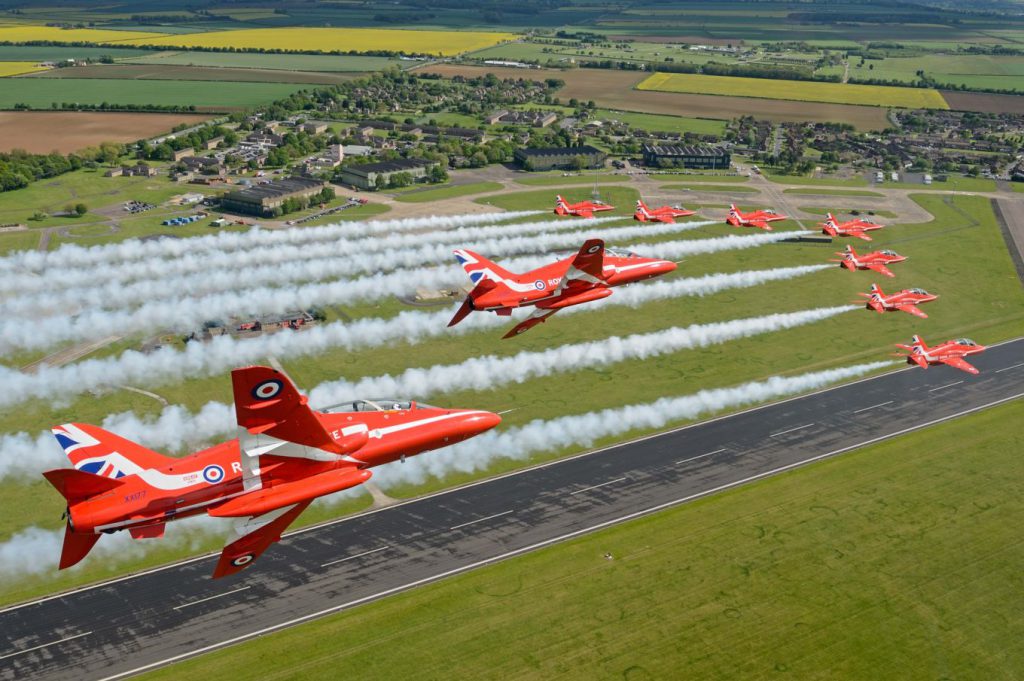 “Following the announcement in July 2018 that RAF Scampton would close, it was announced today that RAF Waddington has been selected as the only viable alternative basing location for the Royal Air Force Aerobatic Team (RAFAT) – the Red Arrows.”

Great news for Lincolnshire and the city of Lincoln as the world famous Red Arrows will stay flying in the skies over the area.

Second line of the RAF’s article;
“There will now be an assessment study to examine and cost the options before developing a business case for the eventual move.”

Still scope for this not to happen. Waddo is going to get very busy, especially with unmanned Protectors in the airspace in the not too distant future.

Still scope for this not to happen.

this is very odd…

to me that seems a contradiction. If as they say there were 30 options on the table (how did they reach 30…are there really 30 airfields available to the RAF?) and were whittled down to “three potential future locations for RAFAT were subsequently approved” how was the costs involved not considered from the beginning or at the very least in the final three stage?

did the conversation go something like:
“We have given it some thought sir and feel you have options A, B and C, all we need to do next is the financi…”
“We’ll choose A please.”
“But we haven’t considered the costs yet, it may be financially beneficial for you to take optio…”
“shhh your noise, i have decided so make it so”
yes sir"

Most of the kit at Waddo takes off, goes away and eventually comes back. I don’t think the impact in the circuit is that bad.

Any UCAVs won’t be shooting circuits round the airfield or doing tours of Lincoln. Unless things have changed, they’ll be operating from posted danger areas to segregate them from commercial traffic.

A few Hawks may need to find a new hangar somewhere but they can depart and recover fairly easily. If they want to let visitors into their facility they might need special arrangements. They’ll be practising over Scampton, just as they did when they were based at Cranwell before their current residence at Scampton.

I view it more as this is the RAF saying the only other airfield they could use is Waddo.

Whether that means it’s cheaper than Scampton is another matter.

I view it more as this is the RAF saying the only other airfield they could use is Waddo.

were they listing every airfield the RAF has ownership of (and by this i include VGS sites and grass strips) so as it looked they have reviewed all the options even thought everyone knew Waddington was the only option to consider but a “selection process” was required and so completed?

Assumptions being made that the 30 possible locations were all RAF stations, there are many airfields elsewhere in the UK which could have housed the Reds, I imagine that option would have been discounted very quickly.

The choice of Waddo, but practice overhead Scampton is exactly what happened in 1996 when the Scampton’s runway was refurbished and means that the airfield has to be retained. I can foresee Scampton staying in MoD hands for some time, or becoming the muted ‘Duxford of the North’ and transferring to the IWM.

It is a shame that Wittering was discounted, I believe the police were unhappy with the proximity to the A1.

It is a shame that Wittering was discounted, I believe the police were unhappy with the proximity to the A1.

I would assume the same for Leeming, despite the handiness of co-locating Hawk T1 units.

Most of the kit at Waddo takes off, goes away and eventually comes back. I don’t think the impact in the circuit is that bad.

Just seen this on Pprune;
"The Reds operated from Waddington before being asked to move to Cranwell back in the day. The problem will not be space (a new complex is being built for Wedgetail and drone squadrons at the far side of the airfield) but if they start booking the runway for the 15-30 minute slots for take-off and landing that they did 20 odd years ago. The ISTAR aircraft both running live ops and major exercises suddenly couldn’t depart at suitable times - especially when the Reds booking slipped for 30 minutes because of weather and a very expensive to run Boeing 707 was left running its engines in dispersal for the best part of an hour. Also problems coming back from ops when ISTAR arrival coincided with a Reds booking. There were a couple of diversions of crews returning from Ops deployments and not a lot of good will between operational aircrew who were treated as second class citizens because of an air display team.
Priorities needed to be seriously looked at!! Hopefully it will work, but a certain team need to show a bit more flexibility than last time having been used to having their own way at their own airfield for a long time!!

…and before we get the “ISTAR can change its take-off times to suit” argument, just think how many of the ISTAR customers will also have to change their flying programmes in order to receive the service. Cancel the War in the Adriatic - the AWACS is delayed 45 minutes because the Reds have the runway booked! (Yes - it did happen)."

I would have thought the costs would be lower at Waddington, given that it has other units based there with associated infrastructure, as opposed to somewhere where they would be stand-alone. Not that this sort of thing would bother the MoD/RAF. I’m surprised they didn’t spend umpteen millions doing somewhere up only to not use it.
Could you imagine the Arrows flying over the A1 and people banging along at 70 trying to get a look. Not a good mix, especially Wittering where you turn straight on and off it.

They tried co-locating the Res with other flying units before - Cranwell 1996. It was an utter disaster.

Lob them up to Machrihanish. Get them out of everyone’s way…

Isn’t that supposed to be one of the UK’s spaceports ?

Lob them up to Machrihanish. Get them out of everyone’s way…

Runway is a lot shorter now - used to pop in there on a Vulcan, from the low level route, no streaming of the brake chute, engines running, load up the pre-booked boxes of fish! Happy days.

Shorter???
I think its the same size is it not thats why they want to use it for the space port 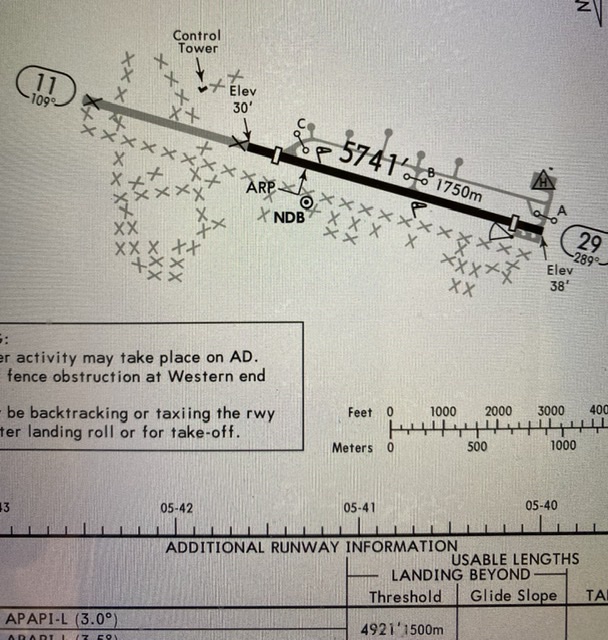 Not shown as all useable at present.

Ahh right I follow you. I thought it was they had dug it up or something.