We discussed the proposed changes to the holding of finances in our last meeting, and wondered whether we would still have a role? Doesn’t it just add to the list of jobs an OC has to do? Any thoughts?

Welcome to the forum @XH558

This general topic was discussed extensively on here previously:

Is there a Wing Chair Civ Com meeting this weekend? Any truth in rumour that all Sqn funds are going to be centralised at Wing. Any info or details. Centralising funds WILL.NOT.WORK In the sense that current funding, purchaes, plans etc will stop and total funds into the Corps will shrink by id hazard a guess at over 75%. Im not raising funds i have no control over. Fact. Any risk that funds we raise can be misapproproated by wing and thats a big naffing NOPE. #death of Corps. #end of A…

It might be worth having a good look through that thread!

Thank you, I did read through that before. Now the changes are definite, rather than a rumour, I was wondering what the role for Civ Comms would be? And whether OC’s would prefer to sort equipment etc through Wing rather than the Civ Comm.

Now the changes are definite, rather than a rumour

What’s changed? The only change I’ve seen since that thread was an FOI, which didn’t contain much more information. Is there more that has been said/confirmed?

Now the changes are definite, rather than a rumour…

In which case, what you know is more than me… 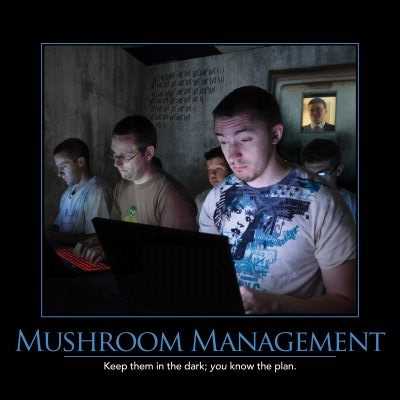 For the finances to be held centrally at Wing from 2025? Sorry, I thought that was confirmed? Apologies for the confusion!

Technically, some of us haven’t seen anything through the CoC!

Exactly. I’ve only seen information relating to this on here, and via someone’s FOI on WhatDoTheyKnow. Not seen anything via proper RAFAC comms.

Welcome, are you a fan of a certain Vulcan by some chance?

A huge fan! It’s really sad she won’t be able to run after she’s been moved from Doncaster.

What’s the source of this that flying around our Wing :

“It is not expected that any person who is a member of a Squadron Committee shall be the partner of any other person who serves on the Squadron Committee in any capacity whatsoever in circumstances that might cause a conflict of interest to arise or for an appearance of bias to be perceived”.

Is this for real!!?? It would mean hundreds of committees would be VERY short on members. What about the Spouse being the CO and other-half being the Chair. These arrangements have been in existence for the 25+ years I’ve been involved.

Is this for real!!?? It would mean hundreds of committees would be VERY short on members. What about the Spouse being the CO and other-half being the Chair. These arrangements have been in existence for the 25+ years I’ve been involved.

The fact that it’s been allowed for years doesn’t make it outrageous to stop it… I’ve known of Squadron committees where the Chair is a parent of the OC who’s partner it the treasure and other parent is on the committee, talk about it being possible for financial abuse to happen!

Unfortunately, it’s the few that let the majority down. If it happens then the best of luck recruiting replacements.

I wouldn’t worry about it. There won’t be any trustees needed soon anyway.

It has gone awfully quiet on all that however.

Wernt we due a briefing note or something by now?

Still keen to know how they are going to find VOLUNTEERS to do the accountacy admin work of 25+ units, when its all centralised.

I think it’s depends on how transparent & auditable you make things with checks & balances.

So OC is unrelated to the chair,
Claims by OC are not countersigned by a relative.
OC has a small casual spending limits.

The nature of volunteers is that you are likly to become friends with people you volunteer with do where do you draw the nepotism line? Having relations can make things more transparent because of the need for ensuring things are above board.

a neighbouring Sqn to us have/had an armoury. the CO and Adj were husband and wife…guess who were assigned different set of keys for the top and bottom of the box…

I am not saying it is right (and use this example of how wrong the system was) simply indicating that there needed to be two names on the key register of who had armoury keys, it didn’t matter if those persons lived in the same house and thus could have had access to both set of keys…