After seeing the previous thread about FSCs and gro-bags, and having a look at 1358 ch6, I came across this “FACS” business. Anyone have a clue what it is?

edit: the title seems to be not capitalising. if someone can fix it please do
edit to the edit: thank you!

edit: the title seems to be not capitalising. if someone can fix it please do

The new more americanish flying suits that are replacing the mk16.

It’s not just combat uniform, the normal flying suit had been replaced also. The old ones are no longer to be worn.

It’s a full system replacement, under garments through under layers to the suit and it’s over garments.

The combat system is similar to MTP in design and style, 2 piece, but is suitable for flight.

Ah. Cheers. Anyone know when it’ll be widely used?

The regular aircrew all have it, VGSs are in the middle of its progressive roll out so it’s filtered most of the way down.

There’s a bit of a mix up here. FACS is the umbrella term for all of the new flying clothing, including flying suits as well as the two-piece system. I think OP refers to the two-piece system, which so far is really only being used by front line SH units like Merlin mk3/4, chinook and puma. Certainly wildcat and Merlin 2 aren’t using it. I doubt the two piece system will trickle down to more casual users (ie. gliding) as a traditional flying suit does just fine. Attached are a picture of some dashing army chaps wearing the two piece and a picture of the flying suit. Note the knee boards - these are known as “tutor facs” and are relatively uncommon at front line units. Most don’t have any knee boards. 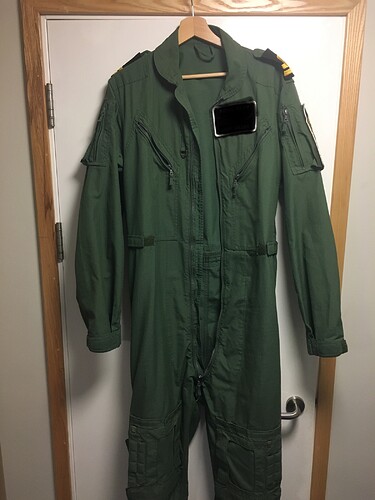 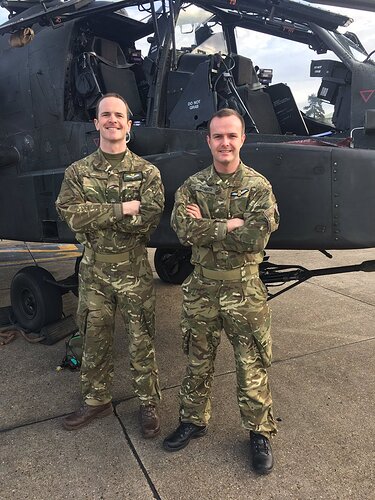 whats the difference in the 2 piece uniform to standard MTP???

Ok thanks to me it just looked like MTP

It does look a lot like it, but there are differences close up! The sleeve pen holder is useful!?!?

is that a fancy way of saying “velcro” without using the brand name?

is that a fancy way of saying “velcro” without using the brand name?

Yes, just like the stuff on your Moisture Vapour Permeable (MVP) outerwear!

Not sure if I like the MTP flying suit. Should be OG drab imo but it looks smart enough - and of course if its operationally better then by all means go with it

It’s MTP to make aircrew less obvious, and to provide camouflage if they need to E&E

Thought so. Could be worse!!

Aircrew get both, as in the picture.

One piece standard suit for normal everyday flying and the 2 piece suit for operational flying.

Out of interest. Do you guys find the arm pockets as useless as we do?

If anything though, you guys would be able to use it better, but for use lowly knuckle draggers, they are useless, awkward and gets in the way.