We’ve had a new challenge issued by McCafferty.

Why is there no write up? Why is everything just video’d these days? It’s so annoying.

A selfie with someone famous. Ffs.

Really? Why not a competition for a photo you can actually take right now?

How many cadets can take part in that.
Why does she actively in this video state that she is famous.

Why not allow cadets to send in a simple photo of themselves in uniform and a 40,000 strong collage could be made of it. Everyone could take part and it’s all inclusive.

Not some glory hugging ‘commandant cam’ abortion of an idea.

Why does she state that she is famous.

She might have been on a tea break? Delusional?

Why on earth would cadets or anyone get into uniform for just a photo? My uniform hasn’t seen the light of day since the last parade before we were stood down and won’t be coming out until we go back and even then the first night at least will be I imagine a ‘socially distanced’ cleaning and airing night.
I do not expect for one minute that any cadets have put school uniform on for weeks, so why expect they would do so for a hobby is a mystifying concept, that could only be dreamed up by someone trying to make themselves relevant.

Maybe she has not heard of Social Distancing down in Cornwall, Selfies of more than one, must be breaking the rules. (Unless people in your household).

Why on earth would cadets or anyone get into uniform for just a photo?

Why does she actively in this video state that she is famous.

She isn’t stating that she is famous, she is saying she is a known face in the organisation. . .

Maybe she has not heard of Social Distancing down in Cornwall,

Existing photos involving other people does not break social distancing.

and she’s not asking for a new photo. . . she’s asking people to look through their photo albums and submit a photo they like . . . Who’s going to submit some from the 80’s?

Who’s going to submit some from the 80’s

Which cadet would be able to do that?

I didn’t “see” any rule at all, but the opening sentences are looking for cadet entries.

Damn you all, now I have to watch the bleeding video again!

Cue a bombardment of Red Arrows, Kate, and Carol photos…

Oh and the ego massage of getting photos of her… (maybe hence the hint about her “fame”).

Why not photos of how people are spending their time? We’ve got cadets doing all sorts off their own backs, that isn’t cadet related but is interesting - and it’s nice to know our cadets have different interests.

Or did I miss that competition because I haven’t been bothering to pay attention and instead have been focusing on delivering for my cadets?

Why does she actively in this video state that she is famous.

i’d argue that she isn’t stating, actively or not that she is famous.

as i hear the message she is classing herself as a senior RAF Officer, and is “recognisable” not necessarily as someone “famous” - just someone recognisable

“go out there and find your best photo taken in your Air Cadet Uniform with somebody others would recognise - so needs to be someone relatively famous such as Carol, with a Royal or celebrity or with a senior Royal Air Force Officer such as the Chief of the Air Staff, the AOC, perhaps myself or Regional Commandant…”

Which cadet would be able to do that?

the photos doesn’t have to be from the 80s, but the person in the photo might be recognised from the 80s

A selfie with Tom Cruise of 80s Top Gun Fame could be an example, (although accept he is not simply just known for his work from the 80s)

There are a few personalities form the 80s who I would caution against being seen in a photo with, regardless of how recognisable they might be 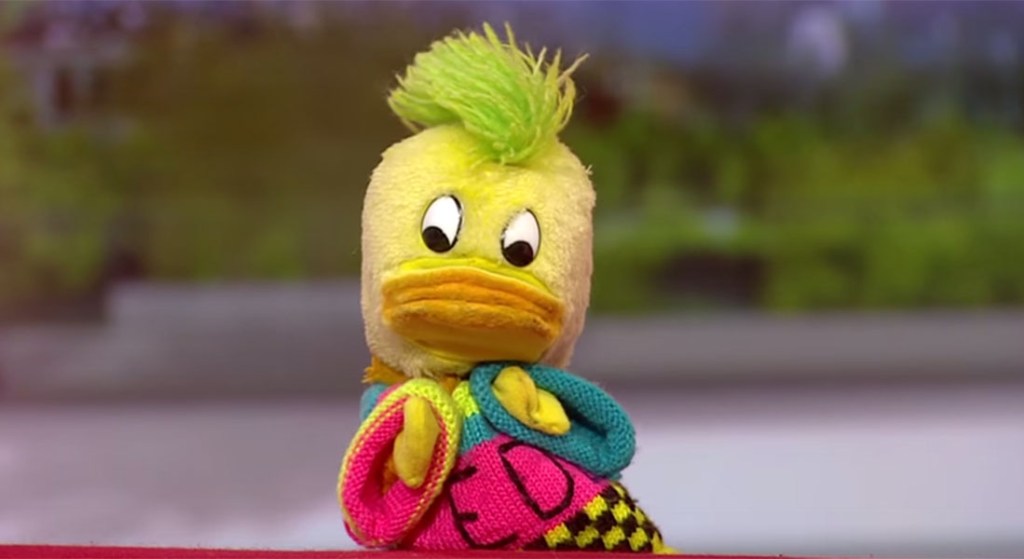 (starting to show my age and cultural references now)

Might I remind people the need to follow our AUP. I’m going to delete entries that are just offensive.

But it’s such a passive, pointless ‘challenge’. It’s only relevant to cadets who already fit into an existing category, those who had a selfie, in uniform, with a famous person. If you don’t fall into that category, you can have no engagement with this challenge.

WHICH IS THE ENTIRE POINT OF AN ENGAGEMENT CHALLENGE!!!