If the plan is to adopt the awful looking shirt in the picture and the name badge, no thanks.

What will be issued first…PCS or whatever that will be?

I am not a fan of this badge idea! Seeing as we aren’t allowed to wear them currently unless we are attending ATF!

I hope they’re better at uniform designing than spelling…

Personally, I like the RN Dark blue PCS style uniform. It looks good, and is practical. Use RAF Badges instead of RN, and job’s a good’un.

That colour scheme looks like something they wore on a certain planetary weapon system. 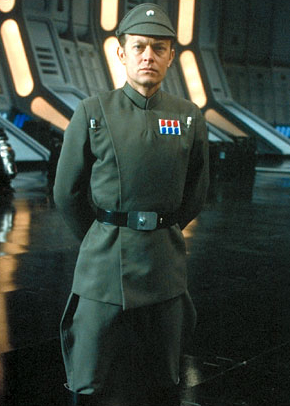 I like the RN Dark blue PCS style uniform.

Same. Although, I totally anticipate the tribal mentality and protectionism of the upper echelons being enough for the RAF to reject it in favour of something more RAFy under the pretence that “we have different needs”… (Cost saving not being one of them)

We found some RAF blue PCS in a stores gash bin, on an annual camp.

The colour was just a slightly darker wedgewood blue, and it looked quite odd, TBH. Especially the trousers, for some reason. It looked more like a tracksuit than uniform. Plus, it didn’t have any RAF branding on, unlike the RN.

Some of the replies in that tweet indicate that the colour did nothing to hide dirt and dust, so the more practical trades spent their time looking scruffy. Maybe that reason it was dropped??

We wont see any new blue uniform styles.
RAF arent going to pay for 50,000 uniforms for us.

Even if we did. It will take best part of a decade for all Sqns to be fully kitted.

I wouldn’t worry too much, even when it does materialise cadets will be wearing combinations of old and new for 4-5 years, by which time something else will have changed.

We wont see any new blue uniform styles.
RAF arent going to pay for 50,000 uniforms for us.

When the existing stock runs out they’ll have to. Given the problems they seem to constantly have with the contracts I wouldn’t be surprised if that was fairly soon.

Tweet of the day “can we stop having to wear ties with jumpers, the weather gets cold not formal”

“Working dress” - That’s No 2, 2A, 2B, and 2C…
Other than needing to bring the waistband of the trousers back up to waist level, I can’t say I can think of anything particularly wrong with the current working dress.

The name badges have already been in service for some years.

Seeing as we aren’t allowed to wear them currently unless we are attending ATF!

But surely most people just do the sensible thing and blatantly ignore that stupid regulation and instead do as the RAF do - wear a name badge in any situation where a name badge is helpful. Such as training courses, public facing roles like recruiting, &c.

Y’know, I was just thinking that it seems to have been a while since the RAF has had a uniform shakeup.

That’s OK for those of you who have a waist…

The only trousers I have which sit OK at waist level are my no 5s and that’s due to braces, not belt…

been a while since the RAF has had a uniform shakeup

Ribbed and with a square neck, presumably.

That picture looks like something that Kim Jong Il used to wear.