I’m heading to the Isle of Man soon and was surprised to discover that the squadron is not classed as an ‘overseas’ unit. Does anyone know why?

The other ‘Crown Dependancies’ with squadrons Jersey, Guernsey are ‘Overseas’ squadrons as are the ‘British Overseas Territory’ units in Gib and the Cyprus SBA.

What makes you say that it isn’t an overseas squadron? I believe that for any policy purpose (most notably recently, covid) it is an overseas squadron. It just has a ‘real’ number rather than No X (overseas). Guernsey is another example as they are 201 squadron I believe.

What makes you say that it isn’t an overseas squadron?

Because unlike the other units, including 201 it does not have ‘Overseas’ in its title.

They are much more integrated with their Wing (Merseyside) than other “true” OS Sqns are, taking part in intersqn activities which Jersey, Guernsey, etc, don’t as far as I can tell

Gotcha! I see what you mean now! I thought you meant you’d found a list of overseas squadrons and they weren’t on it kind of thing…

They are much more integrated with their Wing (Merseyside) than other “true” OS Sqns are,

This sounds like a probable answer to the question then.

They do have a lot more autonomy than most “normal” Sqns tho, reflected by the fact that their Sqn OC is rated as a Wg Cdr (yes, really!)

Sqn OC is rated as a Wg Cdr

I think that’s because he’s a contingent commander too, though would probably be a Sqn Ldr due to 440’s size anyway 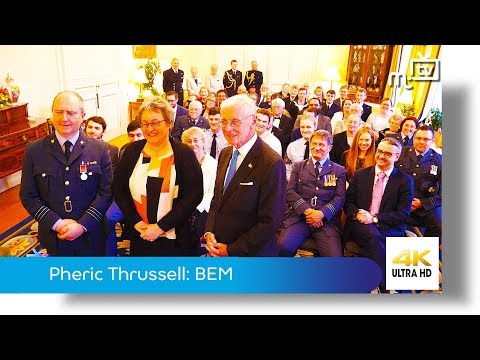 Seems like an awesome guy to be honest. The award for his wife too, very lovely!

he’s a contingent commander too

It is also an interesting fact that the Manx Government is a totally a separate legal jurisdiction which has its; own Charity legislation which requires all Charities to be registered. Therefore as 440 Civcom only operates and fundraises within that jurisdiction, it should be registered but it isn’t, and is regarded by the RAFAC as an excepted charity under English law.

I cannot see how the Charity Commission for England & Wales has any jurisdiction on the Island when it has no such privilege in Scotland, and as far as I know there is no water causing Scotland to be an Island.