What year was the current CWO rank introduced?

That AL would probably tie in with the Morris Report (1967), which introduced Staff Cadet (old style), project work included in the classifications and RHQs. Bearing in mind ALs for APs and ACPs took some time to get to sqns, but at least we knew about changes

Thanks Teflon , (1) same old same old ! (2) interesting re. the Morris Report .
Also Air cadets (N.C.O’s) wore the “small” chevrons as per the Apprentices during the 1960’s
and for the lucky few Greatcoats with A.T.C chrome buttons .

Thanks, very interesting I’ll take a look. Lazy research by the author of my source it would seem. 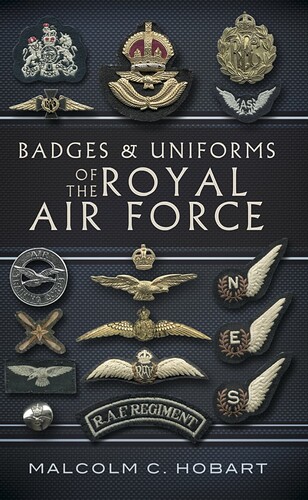 I don’t know what rank badges were used by the CCF(RAF) from 1948-1958, but my guess would be regular RAF ones. There were no RAF sections in the OTC/JTC. OTC/JTC cadets in the 1930s might be able to take an ‘RAF option’ once they passed their basic training (see ACP 31) but the JTC remained Army only.

Quite a number of schools, including mine, formed a ‘closed’ ATC squadron (i.e. for their school only, or for specific schools) in 1941, and those sections became CCF(RAF) sections in 1948. (E.g. ‘our’ squadron had pupils from two local private schools - ours and another a couple of miles away; pupils from another private school evacuated to our premises; and a DF in the local town for boys not at one of the private schools. The four flights all operated separately; each had dozens of cadets, so the squadron was around 200 strong.

By the end of WW2 the DF had already become a separate ATC squadron (but retains a ‘DF-style’ number) and the three schools all ended up with CCF(RAF) units in 1948; all three are still going and we reunited the four elements in 2016 for ATC75.

With regards to the question the current CWO badge was in use by the early 1970’s.
Also the term C.W.O in regards to A.D.C.C seems to refer to an adult in the cadet corps as opposed to a cadet.
W/O’s both Regular/reservist in the R.A.F had both “kings crown” (known as Sjt. Major)
and “Tate & Lyles” up to early WW2 , when the crown badge’s were then used flt.sjts above their chevrons (to save brass?).However the R.C.A.F. continued to use both WO2 & WO1 ranks.

It’s all interesting stuff, lots of changes over the last 100 years. The Kings Crown was adopted by the RAF in 1918 with the rank referred to as Sergeant Major 2 or Master Mechanic/Master Clerk depending on trade. This replaced the former RFC ranks of Quartermaster Sergeant, Sergeant Major (Superintending Clerk), Warrant Officer (Superintending Clerk) and the RNAS rank of Chief Petty Officer 2nd Class.

The three trade streams (technical, administrative and general) adopted the single rank title of Sergeant Major 2 in 1919. Continuing to use the Kings Crown as a badge of rank.

This was then renamed Warrant Officer Class 2 (WO2) in 1933 before being discontinued in 1939 at which point Warrant Officer (WO1 with the Tate & Lyall badge) became the sole RAF Warrant Officer rank. When they introduced the separate Technician rank stream from 1950-1964 (the one with upside down chevrons) the top of this rank structure became known as Master Technician with the same badge of rank as a Warrant Officer.

The Master Aircrew badge originated in 1946 from the short lived changes to the NCO Aircrew rank structure and was the only rank retained when they reverted back to the traditional Sgt/FS aircrew ranks in 1950. 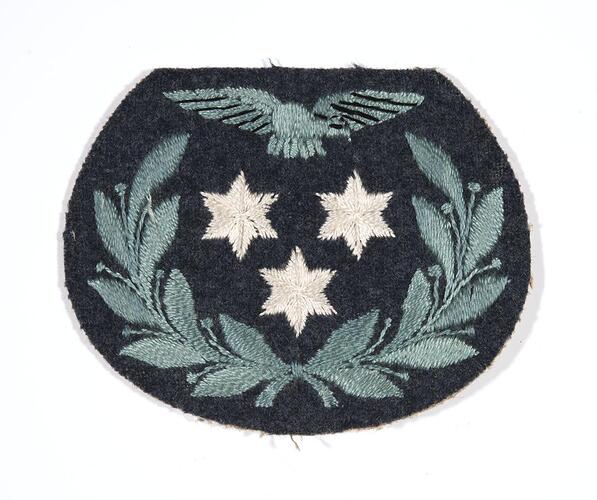 Sorry for straying a little off the original question but it is a fascinating topic.

There were no RAF sections in the OTC/JTC. OTC/JTC cadets in the 1930s might be able to take an ‘RAF option’ once they passed their basic training (see ACP 31) but the JTC
remained Army only.

Sorry I don’t think this is the case, as looking through my old school archives there is a reference in the annual journal of the “air training section” of the JTC getting formal RAF approval & recognition in 1938. Another nearby school had theirs in 33.

The section did seem to have been going since 1935 but they did Army Certificate A followed by certificate B which was aviation related. This changed to Part 1 & Part 2 when they were doing an RAF approved certificate.

If I can get hold of the relevant archive I would be happy to upload a copy. It is a fascinating topic and like all origin/creation stories, full of fuzzy details.

I believe during the War all the air cadet units paraded together but whether that was under an ATC banner or not.

There is reference to working with the town air cadet Sqn in ‘40 but only by a name not number so it’s unknown whether they were an ADCC or not.

However both units had the same founding officer but considering he was a well documented complete crack pot and could have been running town air cadets off his back without any official oversight god know what actually happened.

With regards to inital badge for WO1(khaki uniform) in 1918 a brass eagle was worn on the upper arm between the shoulder and elbow the Royal arms been worn on the new issue blue uniform (not to be confused with the later blue/grey colour used today).

My understanding is they had ‘air sections’ but they were unofficial and all cadets were ‘in’ the Army officially.

I’ll need have to look at the report in the archives as it’s been some years.

We could be looking at a very small window of time around 37-41 prior to which it probably was as exactly what you say.

I remember being surprised that the air section was officially recognised before the ADCC came about.

all cadets were ‘in’ the Army officially.

game the system on resource allocation

Not necessarily- in some contingents all new cadets join as the army section to learn the common core skills before going out to the individual sections.

If the reporting is done at the same point each year to calculate resource allocation then provided the information is correct & honest at that time then it’s fine.

Think of it as the difference between tax avoidance & tax evasion.