What are the rules on Cadets wearing Barrack Shirts?

At my Sqn, I noticed last their are some cadets wearing Barrack Shirts and some of them are not.
(Probably because what’s in stores)

Can Cadets wear them?

Thing is I don’t personally own one, so should I bother purchasing a Barrack Shirt? 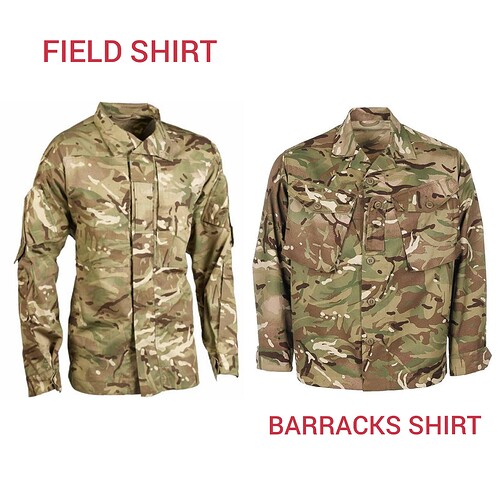 They can wear either. It’s private purchase (for the majority) so we have no right to get picky.

I only wear a barrack shirt, it’s much better and far more comfortable.

If we were in the real thing, and issued the shirts, sure. But we’re not and there’s no point pretending we are.

I only wear a barrack shirt, it’s much better and far more comfortable.

An old version of the Dress Regs prevented them from being worn.

This was stupid, and it has been fixed in a later update.

I have the field shirt and its comfy enough… Likely it will come down to what you can get your hands on.

Right now it’s as many base layers as I can get on under my smock without looking like Michelin man. We are doing the ‘train outside if possible’ thing.

I find the PCS shirt is better when using as an outer layer for fieldcraft in summer instead of the smock. 99% of the time out of the field I wear the barrack shirt.

For those wearing barrack shirts, what badges etc are you sticking on, if any and where? I might be completely wrong but later ap1358c versions took the cs95 badging guidelines out.

Personally, I find them far more comfortable, especially when shooting - sling doesn’t get caught on the blanking patches.

d. MTP Barracks Shirt. This garment is a lighter version of the jacket without the additional sleeve padding and is designed to be worn within the office and camp environment. Whilst it has not been authorised for issue by the RAF it is acknowledged that, due to the private purchase route nature for No 3 dress, RAFAC personnel will likely purchase in good faith. It is therefore permissible for RAFAC personnel to wear the barracks shirt.

TLDR - Yes Cadets and Staff can wear it!

@AGray98
Do you know if the Air Cadet only TRF patch is allowed to be sewn on the sleeves? 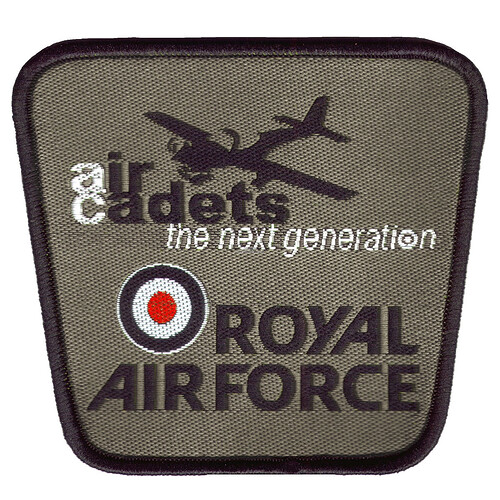 I put the TRF and Royal Air Force patch on mine. But I think mine actually is a CS95 shirt in MTP, not a Barrack shirt, so it seemed to make sense.