Air Command have just barred its use as an aircadet social media platform.

Nothing sensitive should be going on any form of social media so I don’t see what the problem is?

I know there are issues with it being owned by a Chinese company but TikTok is enormously popular amongst our sort of target demographic.

I’ve not seen the announcement but do they give a reason?

Probably should just ban, bookface, twotter and instakilo and the same time.

It explicitly says not to publish the reasons externally.

Mods can we lock?

Mods can we lock?

Can’t see why - we can speculate wildly as we are wont to do, but as we aren’t going to told the underlying concerns then we cannot fall foul of the policy of keeping it secret!

I notice that it is “advice” and we asked to “please avoid”, so it doesn’t seem to be particularly binding

It explicitly says not to publish the reasons externally.

That can only mean something connected to a now started safeguarding investigation.

No surprises…the risk of cadet videos appearing along side pornography.

‘Official use of social media’ is an oxymoron for sure!

Rather than speculate why not ask your wing or region media officer?

But my original point was more around how my personal view is that tictok should never have been considered suitable!

Perhaps but, as stated, it is probably the foremost SM app in our target demographic so I can understand why it has caught the attention of some units.

We need to roll with what our target audience are using and not just use what we are using.

Glad to see that we are keeping up…

Unless the HQ staff are all playing on TikTok then I doubt there is any attempt to use to on government phones. With a proper MDM system the users would have no opportunity to install or use it in the first place!

With the “open” nature of RAFAC systems then there could potentially be a threat to RAFAC systems used through private devices if any other app (not merely TikTok) is some sort of malware.

Is this not just possibly backlash from all the regulars getting ripped on FYB for making twonks of themselves?

Of course, that’s assuming an MOD-wide ban, I do note that @Paracetamol’s post makes it sound specifically for Air Cadets.

With the “open” nature of RAFAC systems then there could potentially be a threat to RAFAC systems used through private devices if any other app (not merely TikTok) is some sort of malware.

Indeed just think the Chinese government could find out about Training Tuesdays a day early!

Is this not just possibly backlash from all the regulars getting ripped on FYB for making twonks of themselves?

Oh the number of numpties at work who are getting huge amounts of abuse for making idiots out of themselves on there. 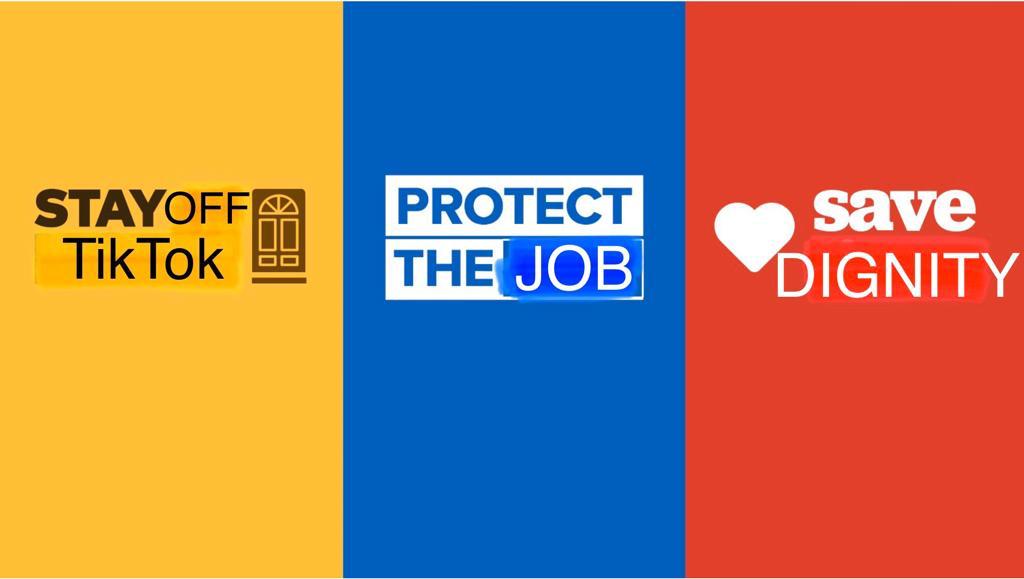 Yeah, seen some police ones too…

And healthcare and Firemen, it’s all very embarrassing and certainly in Policing most Cops want it jumped in from above but surprisingly it isn’t being.

There is a great video clearly made by a disgruntled cop with all the crappy police ones as a montage with abusive cutaways. I can’t share it here as it would breach the AUP.

It’s a horrendous problem in the Forces too, with some vomit inducing results. Including one young female squaddie proceeding to badly act out a scene of pretending to die on Ops. Incredibly stupid and insulting to the men and women that have actually died or had life changing injuries.

There’s also an absolute toilet of a squaddie in YouTube gobbing off thinking he’s 10 men, when he’s just a driver in the RLC, and the chain of command let his cringeworthy content continue.

You are right, it should be jumped on from above, they should be charged for it. Bringing their unit into disrepute and breaching PERSEC.
There’s plenty of pages that collect these tiktoks and allow the comments section to completely rip them apart.

The problem is all the officers are all over social media thinking they are some kind of celebrity, when they need to wind their necks in, get off social media and do their jobs. All it does is annoy everyone under their Command. You aren’t getting paid to be an online personality, you are getting paid to do a job.

No wonder morale and retention in the forces is so low and it’s in the toilet. I can’t speak for the cadets but the Forces and the chain of command need to completely shut down their Twitter, and seriously limit and moniter their other social media use.

It’s a bit harder for you guys as it’s the demographic you want to reach that’s using it all.

Was that video of the submarine ‘Rave BBQ’ a TikTok special?

I can’t speak for the cadets but the Forces and the chain of command need to completely shut down their Twitter, and seriously limit and moniter their other social media use

Whether you like it or not, PR matters, and social media is how that happens now. The armed forces needs to reach people, and this is how you do it.

You either evolve and move with the times, or you die.