Has anyone tried to use Inkscape for the squadron badge template? I’m having no luck editing the text (and I don’t really want to pay lots of money for illustrator)

In inkscape you’ll find that it takes each letter as s separate object.
Better to delete all the writing then redo it.

Yes it’s rather odd, I’ve got a weeks’ trial of Illustrator so I’ll make it and then just delete the app. Thanks

If you want, I can do the badge for you and export as a high res JPG image that is scalable?

All done now! Thanks

export as a high res JPG image that is scalable?

JPG (and GIF, PNG, BMP, TIFF…) aren’t “scalable” as such as they are bitmap formats and are made of pixels that will be visible if the image is printed large. You can produce a large version of the bitmap for bigger prints but that file will be huge.

JPG is also lossy so can look quite bad if expanded beyond a reasonable level, and the anti-aliasing can look odd too.

Vector images, as descriptions of shapes, can be scaled infinitely. I have seen logos printed on tents with no loss of quality. The files are provided as vector to encourage people make the additional effort to draw the centrepiece as a vector image to ensure that the finish product can retain quality whatever the scale. 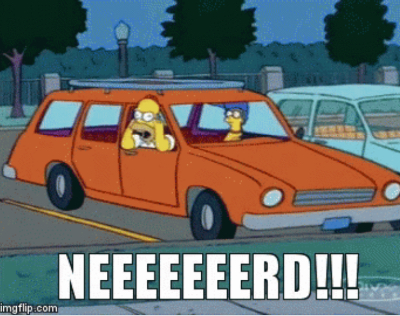 A massive one at that.

I’ve converted it to PNG and it’s as crisp as a cider on a summers’ day.

Incubus, just to add a little argument to your technical description of vector and bitmap images,
I do understand vectors and raster bitmaps (I was previously teacher in graphics and media).
But sometimes the graphic is too complex, like the logo in the crest for my squadron, to spend hours and hours getting perfect with the use of vector shapes to create the image and still ending up wit an image that does not match what the squadron has been using for years
I created the centre image as a very high res image taken from photographing the image on our squadron banner that is on the outside of the building and scaled it down when embedding it into the final scalable image that the SVG file was using in Illustrator (file size 20MB).
Then exported it image as a PNG format image , this way, I have been able to use it as small as an image on a letter heading or scale it up to be used in an A0 sized poster, with no loss to the image in the centre of the crest. yet the file size is only 4MB

It is for the squadron itself to determine whether a raster image is sufficient for their use, but I still hold by my arguments. Yes, it takes a little more time and skill, but I put to you that it can be worth it in the long run.

Another question to ask if recreating an existing badge is whether the new version needs to be a 100% clone of the original or whether you can tolerate some variance whilst retaining what is essentially the same picture. So often you may find that “close enough” is a perfectly valid concept.