Does anyone know if its possible to find one of these belts anymore or conversely an RAF handbag?
Thanks

You should have a handbag issued.

You should have a handbag issued

Really? You are saying that Cadets are officially-scaled for that? I’ve never been able to get a single one for any of my girls in over 11 years.[quote=“Scrounger, post:2, topic:3046”]
Purse belts don’t exist anymore as they became obsolete when the old style stable belt went the same way.
[/quote]

Not convinced, I’ve seen both of these worn (seperately!) fairly-recently I’m sure.

Apologies. Thought the OP was an adult member of staff.

Not convinced, I’ve seen both of these worn (seperately!) fairly-recently I’m sure.

Obsolete but still permitted.
I have a couple at the squadron but I don’t know where to acquire a new one.

Shame no one makes them anymore, Someone should make a new design of purse belt out of stable belt colours.

but I don’t know where to acquire a new one.

I’d expect Silvermans will still stock the original leather-strapped stable-belts (in both the original broad-weave ‘male’ size, and in the narrower ‘female’ width material, which was the type&size adapted for the chrome locket varients).

I’d also be astounded if they don’t also still have purse-belts in stock. Silvermans is never cheap, but hard to beat.

Someone should make a new design of purse belt out of stable belt colours.

Done. Worked perfectly. Need to re-do it, and post some ‘Instructables’ pics

EDIT
Bingo…just like I said. Indeed they do stock 'em, and they’re 40 of your Earth pounds each
[URL]RAF STABLE BELT 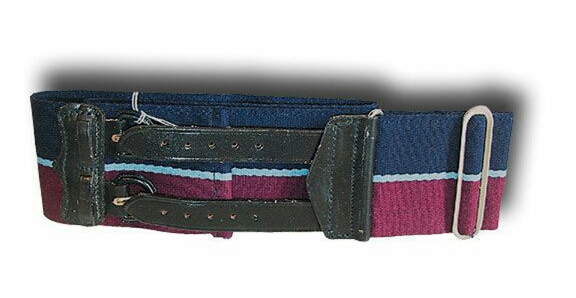 I had to turn it the right way round, the damn thing was downside-up, online

Old style Stable Belts are still ok, I wear mine and don’t own a new style one. I hate the cheap tacky things.