Looks like a Jet2 aircraft was just intercepted by 2 typhoons and then escorted into Stansted. 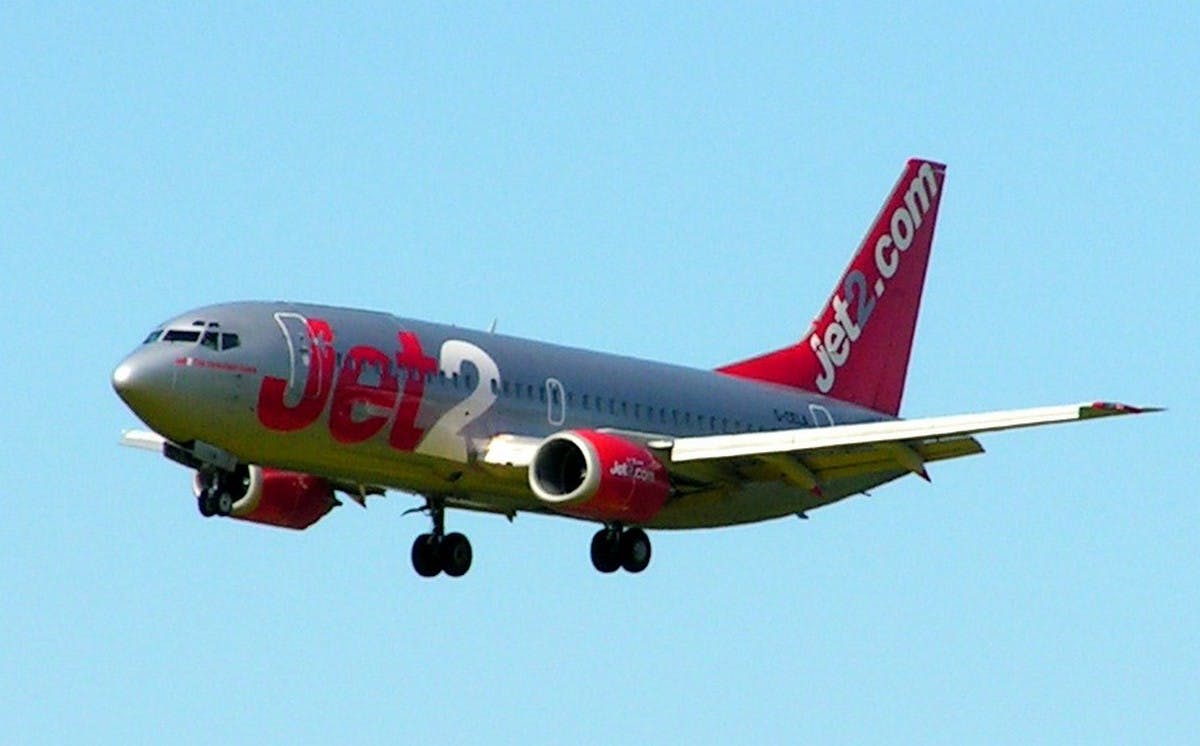 Jet 2 flight 'EXS49Y' inbound from Dalaman has been diverted to London Stansted Airport by fighter jets.

Interesting to see it happening for real over the UK.

Judging by the airline and the origin of the flight it is probably a very boozed up passenger causing a lot of disruption.
All counter terror intercepts go to Stansted as there is plenty of space in case something goes boom!

Yep! I’m guessing the lack of any BBC breaking news means it wasn’t that bad

Interestingly they didn’t RTB but circled around for a bit, and now they’ve got a tanker out that they’re meeting up with!

Not a news story.
This happens all the time.

This happens all the time.

Appears to have been a bomb threat to that aircraft.

That happens also a couple of times a year.
Ryanair had 2 last year alone.

All counter terror intercepts go to Stansted as there is plenty of space in case something goes boom!

Has the space to shiny them aside plus it has plenty of below ground infrastructure if you want to move people about without being seen.

The QRA tanker will go up at the same time. Tanker is Tartan 31, good time to do some night IFR practice whilst they are up there.

Was flying a med crew on a fixed wing air ambulance one day approaching the french coast from the south when the pilot called me forward. Knowing I was interested in aviation, told me two QRA Typhoons had just intercepted a certain airline’s aircraft when contact was lost. His comment was ‘that is going to cost them an awful lot of money’ as he suspected they hadn’t changed frequencies.

Saw the NOTAM for the Olympics in 2012, the penalties were dire for anybody busting the London no fly zone and Northolt was closed to us for the duration.

About 4 or 5 years ago a helicopter out of IIRC Oxford airport hadn’t filed a proper flight plan, air defence controllers got very worried and scrambled two Typhoons from Coningsby and cleared them supersonic overland to intercept, now that made the press when they dragged the boom across Southern England.

Tartan 31 is still off the east coast race tracking. Another Voyager coming off station after flying an Op Shader mission into Akrotiri.

There were press photos of Pumas from Benson with GPMG and a matrix board so they could intercept light aircraft and pass them very clear messages to comply.

r/aviation - Pilot explains to his passengers why he was forced to land his...

This is from the aircraft that was intercepted. Imagine having to get a taxi from Stansted to Manchester