Anyone know what the new process will be for SNCO promotions? Will the promotion be date be backdated, to original promotion date, once the process is introduced?

I’m assuming you are talking about Adult SNCO promotions.

If so the process has been back up and running since Sept and I’ve done boards since then. It’s the Per 3-02 form fully complete then a board with your WWO and 2 other Uniformed CFAVs unrelated to the individual.

If you’ve heard nothing contact your WWO as they are the ones who are suppose to be owning it.

I have heard a rumour that there is currently a freeze in promotion to WO but FS promotions should be unaffected.

Duty rumour is that some fairly important people feel that we are too WO heavy as an organisation. My personal opinion is that we should consider a return of the old WO insignia and utilise this as a WO2 rank. This would provide some commonality with the CFC structure. 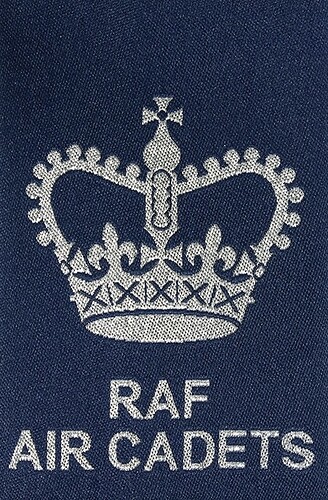 Not quite, no pause at all, just a review going on how and why we promote people to WO… And this has been known for a little while

I had similar thoughts but the whole concept was align ourselves to the air force.

My personal opinion was to bring in Cpl (RAFAC) as the entry role, but the challenge with staying in the Sgt mess’stopped that concept.

was align ourselves to the air force

this is the blocker imo for grades of WO.

it isn’t present in the RAF a structure we follow, so seems odd to add in a Army-ism into that format
(I accept that there are plenty of Cadet-isms we have added which don’t align with the RAF but these are specific to what we do in the Cadets.)

rather than bring in Cpl (or other) as a training role (which I think has merit if it is used simply in the first year where there is a dedicated training programme for that CFAV - much more like the ACF have with their newly recruited Staff - and does restrict the Cpl to a limited number of activites and event types with minimum training expectations before appointment to Sgt within 12 months, with a hard deadline of 18 month. there would be no VA available for the Cpl as an incentive (as some do need it) to progress, their attention should be focused on their training for Sgt and not seen as a place to mark time) but feel there is more value in splitting the FS and WO ranks.

We don’t use the rank of chief tech or and although more relevant to VGS, master aircrew - (i appreciate some will want to kick up a fuss about being “aircrew” which is currently reserved for the VGS) These ranks I feel have more merit in using than including Cpl (unless used as described above)
Splitting Chf Tech/MAC out for SNCOs with SME roles be it Wing or otherwise.

Not quite, no pause at all,

Unofficially, no promotions (or new appointments) seem to be happening

Unofficially, no promotions (or new appointments) seem to be happening

That’ll be an HQAC issue not processing the paperwork

Duty rumour is that some fairly important people feel that we are too WO heavy as an organisation.

I have been told this in a wing briefing also. The current demographic of SNCOs in the RAFAC is hourglass shaped with lots of Sgt and WOs and hardly any FS. The leadership want a triangular shaped demographic with promotion to FS as a leadership position and promotion to WOs as dead mans shoes and only a few WOs per Wg

That’ll be an HQAC issue not processing the paperwork

I find it amusing that adult promotions have to be done at such a high level. It adds unnecessary bureaucracy to the process, no?

This could all become a but academic anyway.

The RAF are bringing in ‘professions’ for the lower ranks.

We could easily adopt one of these for a new bracket of junior staff.

Eliminate the double admin and nonsense.

Just get rid of SNCO’s too. We only need them for drill and that’s a pointless activity in a Cyber and STEM focussed organisation. Just commission everyone.

Just have DIs as the master race then

I think one question that is not being asked is what is the purpose of rank & how does it differ between regular RAF & the volunteer arm.

In the regular RAF, rank indicates skill & progression, and people move up & rarely down. There’s is also an up and out where a max service of 22 years is the norm.

It the Cdt Forces people hang about for 30-40years plus.

In RAFAC this is a bit more manageable with the officers as everyone defaults to max rank of Fg Off and in theory can flit between. So if we mirror this to NCOs we get

Now volunteers don’t like going down which can lead to bed blocking of roles.

So why not have that for Flt Lt/WO rank you have to re-qualify?

Not necessarily the full promotion matrix but say every three or five years your volunteer commitment is reviewed. If you don’t have the time to volunteer for the extra responsibilities you can step down & then work back up if you want to. If you’ve just sat out the last five years as a WO or Flt Lt but not done any camps, weekend events or anything extra & just turned up at Sqn once a week to drink tea then can step down.

If in RAFAC we tweak our rational so that rank is reflective of what we have volunteered for and people can go down as well as up without stigma then it starts to be a smoother ride and the pyramids look more sensible. I would also allow those it a role linked to rank to step away and initially retain their rank provide the commit in a different way.

Not sure if you are serious or we’re just trolling but
Nope CIs are more valuable than anything else in the organisation- they aren’t in it for the uniform of the pay, have less faff & more interest. Also easier to get induct & running (no uniform to issue or week long course to do)

If we follow the basic principles of your suggestion better to have just have Officers, CIs and Cdt NCOs. You could have a couple of regular NCOs attached to a wing to help Sqns with the drill bits but then it just runs it’s self from their. Cheaper for the RAF as well.

They aren’t in it for the uniform or the pay, have less faff & more interest (no uniform to issue or week long course to do)

Or go the other way:

Have NCO’s only on units and the first officer post to be sector WSO and thin the officers out. A bit like the ACF.

Have NCO’s only on units and the first officer post to be sector WSO and thin the officers out. A bit like the ACF.

You would need to completely change what we look for in NCO’s though. None of mine would be willing to be Squadron Commanders as that’s not what they signed up to do.

How about we don’t worry about it. The only real issue is financial, so just heavily link the paid/unpaid rank to your role. If you are a former WSO or OC who steps down you keep your rank as Flt Lt/Sqn Ldr but you get paid as a Fg Off. If your a WO as you have completed the matrix but you are on a Squadron then you get paid as an FS.

I’ve known Squadrons Commanded by Fg Off with Flt Lt on them, I’ve known NCO’s run Squadrons with Officers on them. There were never any issues, HQAC need to realise we aren’t the RAF and that we don’t need the same structure as them.

If you’ve just sat out the last five years as a WO or Flt Lt but not done any camps, weekend events or anything extra & just turned up at Sqn once a week to drink tea then can step down.

Given the burden placed on OCs these days I don’t blame any of them who keep their unit running and don’t opt in to the extra bits, especially if they don’t have many / any other uniformed staff.