I recently had a health and safety newsletter from HQRAFAC. I thought HQAC was still a thing, so I rang media comms at Cranwell. “we are still HQAC”. I asked that she put it in writing in an email to my Bader email account. She said she would do it that day.

Two quiet weeks later I rang again. No one in at media comms so I spoke to Info Management who told me that they were now HQRAFAC. When I told her the media comms girl told me otherwise she said OK, I look into it and get back to you. (no phone call today)

She said its HQRAFAC because they also look after CCF. But cadets in the CCF are also Air Cadets. Therefore, in my mind, it can only be called HQRAFAC if it used to be called HQACO.

I’m confused about things still. I’m sure it’s all been covered (I did search for HQAC vs HQRAFAC but no hits)… Adult NCOs are now RAFAC… they were ATC. They still are ATC but named after the umbrella organisation. Does this mean they can freely transfer between ATC and CCF? I don’t get the logic sometimes.

There are now Sqn staff putting
Xx Sqn RAFAC
In their signature blocks. The sqn is an ATC Sqn. They seem to think that the ATC has been renamed RAFAC. I’m pretty sure it hasn’t.

If anyone can explain it, with evidence, including the logic, I’ll buy you a virtual pint.

The ACO is dead but the ATC isn’t. We’re now all RAFAC staff.

Squadrons shouldn’t relabel themselves as RAFAC if they’re ATC.

The comdt is Commandant Air Cadets as she’s already RAF.

Semantics and word play but as you can see from the various topics on this forum, a passionate discussion at least!

HQ are probably fed up of being called “H-Quack”.

I wonder if Clint is bothered by “Cackwo”?

Haha, we were parented by RA FUxbridge up until a few years ago. 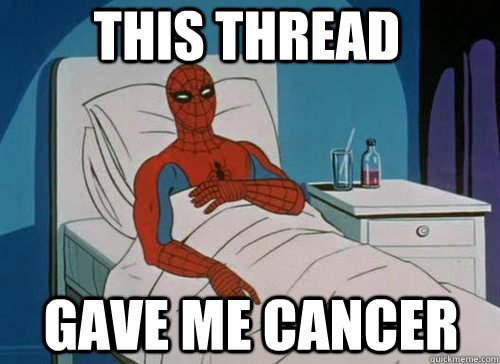 Your mum gave me…

No, must not rise to it. Must be professional as anything I do online that is ATC related I do as a member of the ATC, and it would reflect badly on the organisation if I said what I thought.

I hope you never have to watch someone die of cancer ‘xab’. Probably the most difficult thing I have done.

You can go back to the children’s forum now.