Just seen the announcement that the first of the Poseidon aircraft will be arriving in Scotland - after 10 years without a viable aircraft to do the role.
I was one of those brave souls that worked on the design of the Nimrod MR4A at the Airbus site in Bristol.
We probably shouldn’t go into all the politics of the scrapping of the aircraft and the cancelling of the project, I’m just slightly annoyed that we went with a Boeing aircraft.

Any thoughts out there?

We’d have had to design and build it from scratch, it would have cost multiple billions, and most likely wouldn’t have offered anything the P8 doesn’t.

Everyone I know who’s involved with the P8 loves it. And the fact that it’ll be used by a number of allies - and that we’ll share our maintenance hub with the Norwegians - offers us great advantages.

Yes, it’s a shame we didn’t get the Nimrod MRA4, but this is where we are now and it’s not a bad thing at all.

I miss the Shackleton!

My biggest gripe was that at the time, the spec for the maritime aircraft (Nimrod) insisted on a 4 engined aircraft - as the practice was to stooge about with 2 engines shut down.

The amount of time and effort it took (and cost) prompted one person to quip it would have been cheaper to design a 4 engined A320 than modify the Nimrod airframes.

Shame that after the billions spent on developing a 4-engine aircraft - then to go out and buy a 2 engine one.

No doubt the Poseidon will be a very capable aircraft - just we missed another opportunity to keep aircraft innovation at home.

The spec was deliberately written like that so that nobody else could compete for the contract! It was more MoD kickbacks to BAE, not for any practical reasons.

Costs massively spiralled. If they’d known how expensive it was going to be before they began they wouldn’t have got so far down the road of building the MRA4s.

It’s odd that Airbus haven’t come up with anything considering the amount of European nations that operate MPA, but there’s no way we could have gone it alone anymore.

The only issue I have is the number of aircraft we’re getting. It’s nowhere near enough.

MRA4 hit the sand because it could never meet airworthiness regulations - to the point where you could have spent another £50bn on it and it would never have been signed off.

Airbus’s offerings are nothing more than pictures on the back of a fag packet, the development costs for a dozen MPA/ASW airframes would - easily - rival the cost of the carrier program with no certainty of other sales, or success, or completion date.

It was easier, quicker, cheaper and more certain to go with the P-8, not least because you could guarantee that the USN would foot he bill for the design and integration of the MLU. No such guarantee that any of the possible European customers for a theoretical Airbus MPA would do…

Ah, happy days of flogging around low level, chasing Russkie subs / warships on the Nimrod Mk1 (as an AEOp). Dropping ASTIs (Air to Submarine Torpedo Indicators - mini-depth charges!!!) on a submerged Foxtrot in the Med (only spotted by me from the port beam) when we were trying to locate one of our nukes on a trg exercise. They didn’t half surface quickly.

The unexpected demise of the Nimrod Mk4 caught most people out - but of course, I doubt if any manufacturer would have planned to spend millions in R&D for an alternative when the UK Government / MOD, whoever, were clearly set on the Mk 4 path.

Had a look around a P8 at one of the Air Warfare days; very, very impressive & clearly highly capable. However, even the increased tech / capabilities can’t help when you need “x” airframes / crews available in either different locations, or in sustained ASW tasking.

Let’s hope there aren’t the hiccups that the US have experienced with their new Boeing tanker aircraft…
I had unfortunately left BAe at Warton when the Nimrods arrived.

The P8 has been in service with the USN for a couple of years now, all seems to work pretty well, and our Seedcorn crews that had been training in Jacksonville report good things.

The only thing that’s annoyed me / made me feel old is the reporting that they’re going to Kinloss barracks until Lossie is ready for them later this year.

The only thing that’s annoyed me / made me feel old is the reporting that they’re going to Kinloss barracks until Lossie is ready for them later this year.

That would be like putting the F35s into Kendrew Barracks

our Seedcorn crews that had been training

At least someone planned ahead, although the ones out in Aus / NZ might not want to come home.

In at least one case, a complete UK crew, flying a USN aircraft, beat all our colonial cousins in a “hunt the submarine” competition.

No doubt the Poseidon will be a very capable aircraft - just we missed another opportunity to keep aircraft innovation at home.

Would you really let a current MOD committee get their teeth into designing and building an aircraft in the modern era? Their recent attempts at delivering kit are not things to be shouted about in terms of time and cost, ergo buying in a ready to go aircraft is the way to go. TBH I’m not sure I’d be optimistic about the MOD delivering tea and biccies to a meeting, on time and under budget.
The only other way is to collaborate with other countries as has happened on several occasions, but would that deliver anything different. However a problem with Boeing is they, according to some people I know, aren’t too keen on sharing, which apparently has created problems with the F35.

However a problem with Boeing is they, according to some people I know, aren’t too keen on sharing, which apparently has created problems with the F35.

Maybe that explains the sharing issue!

Thank goodness. The X-32 was a hideous airframe.

As for a current project (@Teflon)… Tempest. What other recent projects might you be talking about?

Thank goodness. The X-32 was a hideous airframe.

Nothing wrong with a Guppy - one from my previous company (but well before I joined them!)! 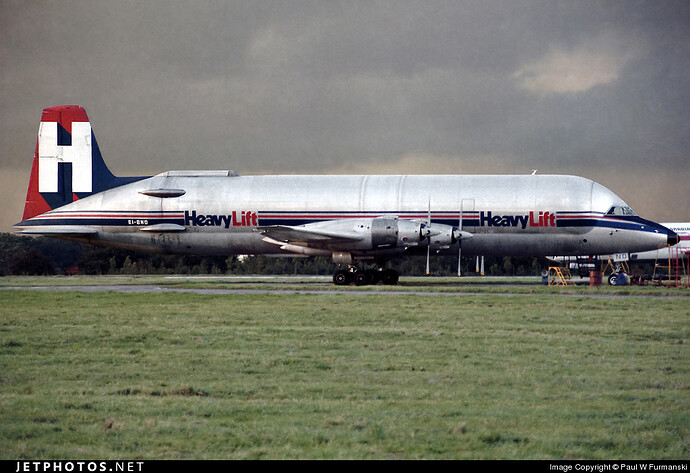