I am currently considering nominating a colleague for an Award/Honour and I wondered if anyone who had been through the process and could offer me some advice.

I understand that there is an ACP which details how to initiate the nomination and how it must go through the Chain of Command, however I can also see that you can apply online.

Must the route detailed in the ACP be followed?

I suspect if it’s a nomination for a RAFAC related reason then you would have to go through the CoC. If it’s for something else then I’d have thought that going through the online route would be fine.

It would be for MBE

You don’t nominate for a specific honour. You nominate for an honour and they decide where it goes.
If you wanted to nominate someone without going through the chain of command it gives you the chance to include more supporting letters. But where there is mention of air cadets the honours committee will refer it to HQAC for comment. If the air cadet aspect is the main reason for the nomination then it will end up going through our in house process, with the disadvantage of not necessarily having the support in the lower levels of the chain.

Make sure the citation is written in the correct format, structure and style. If it isn’t, without sounding mean, you will be wasting everyone’s time as despite all the fantastic reasons for which the person deserves the honour, it won’t get past the first cut.

I’ve been involved in 3 nominations (not ATC) 2 for the same person, none successful. We thought we’d done enough the second time as we’d found some more evidence. Both of these at the time had done over 30 years of unstinting local community volunteering being the lynch pin for several groups. I know one CBE but he’d done a lot of high level government work for a couple of years beforehand and said that’s why he got it, not the preceding couple of decades of work in high level positions in business.

As said you need to get the supporting documentation in order first. Not only do you not nominate for a specific, the timeframe is apparently upto 2 years from the date the nomination was submitted for the plebiscite. If nothing after 2 yrs give it another spin. Don’t know if this is the same for military ones, but just be aware.

It may be easier to nominate them for a BEM…

Nominate someone for an honour or award

It seems more inline with people in the community nominating

would be for MBE

Curious why you say this…

Thankfully following the ACP for awards will mean the COC selects.

Unless your recipient works for the NHS I wouldnt bother for the next 3 years.
The system is going to be geared well and truly to recognising covid for several years.

Cynical but not too far from the truth. Either NHS, “medical expert” or some flaky “celeb” looking to boost their profile, a la Rashford and Wicks.

Of course the public sector seat warmers will still get their time served, greased palm honours.

Shame on him for doing charity work for the homeless, orphaned, and impoverished and campaigning to protect and support the public.

You’re bang out of line.

What you’re suggesting is nepotism, cronyism and a breach of the civil service code of conduct and frankly if you dont have evidence to report it, I suggest to retract immediately. Instead of sullying the good name of one of the Corps hardest working and most knowledgeable WEXOs.

When Paracetamol is standing up for the civil servants against your attack you know you’ve gone too far.

Ain’t that the truth.

I don’t do drama… 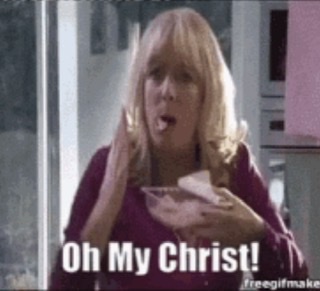 We’ll leave it there please and get back on track.