My Sqn has a portrait of the Her Majesty the Queen and Prince Phillip on the wall.

What is the procedure for, and when can we, order a new official portrait of The King?

Also, is there a set formality for taking down the portraits of The Queen and Prince Phillip and swapping them for The King?

I dont think you can order them?!

New thing for me if you can

I wonder if there will be guidance on what image we can use?

I doubt it. We have an ancient one of the Queen, no idea where it was from but it has a lot of value to us.

We might get one of the new King but don’t want to pay a lot for it.

This is probably the best one to use, can’t find anything better in his RAF Uniform 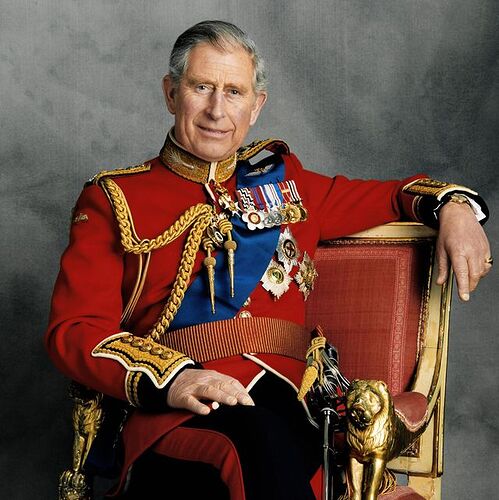 There’s this one but it’s quite old 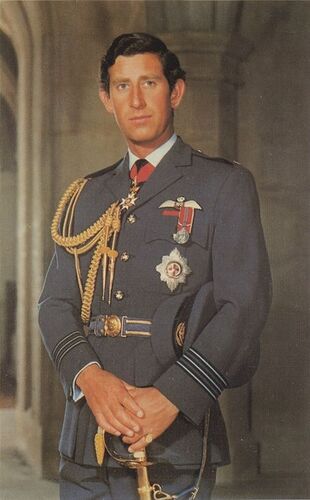 We still have a framed “portrait” of the Three Kings hanging in our squadron - although the portrait of The Queen and Prince Phillip is in the most prominent position.

As with others above, we’ll be looking to get a portrait of The King, but not at great cost.

We’ve been led to believe that these will be provided by RFCA in due course.

Don’t they follow the coronation? All the ones of the Queen I think are post coronation, so maybe best not to jump the gun?

The info above is put together from a combination of legit gov.uk pages.

in my experience on 8 Sqns, 6 of them have the same “stock” photo of the HM Queen so I always took it that it was issued.

If we do get one issued, I’d put money on it being on office paper having been screwed up though the letter box.

Preferably with a cover note specifying the type of frame that must be purchased.

We do?! Never seen either. And, tbh, wouldn’t put them up. It’s a bit North Koreary.

On my previous unit we got a photo of Dawn, and on my current there was a photo of Tony which was sent round to put up on the notice board.

maybe it is a thing that happens in our Wing…keen to be seen that the CoC are known?

Those are the official bio’s which are available electronically. It sounds as though your Wing just took the initiative to print them and post.

You can get one for a reasonable price from here. £10 from every sale will be donated to Crisis UK - supporting people at risk of or experiencing homeless during the cost of living crisis Based on an original request by Jake Giclée archival quality print on 310GSM Textured Fine Art Stock Hand...

We’ve got a picture of the queen up in theatre.

We also have an icon (and I mean literal gold foil icon) of Joe Exotic as well.

It’s standard practice on stations and in most business to have photos of the command team up.