An interesting quote from this IBN:

In particular, the cost of subscriptions should not be framed to include fundraising for specific items or increasing the Squadron’s account balance. Squadron Civilian Committees are expected to undertake other fundraising initiatives to deal with such matters.

So subs money can only go towards normal operating costs now? I appreciate this is a ‘should’, but seems like an odd thing to say.

Written like someone who has never had to try and run a squadron.

I presume they’ll be asking wings to reduce their costs too?

Specific items I get. It isn’t particularly appropriate to raise subs to pay for a new set of radios/flight sim/insert generic item here.

But increased running costs… That’s a tricky one.

I don’t think their is particularly anything wrong with the concept but it depends on what degree you take it to.

Should the Squadron put subs up because they want to buy a particular item, no that’s what fundraising events are for.

Should they however be bringing in enough funds to maintain and where necessary replace existing kit? I would say that’s fine and that the IBN doesn’t say you can’t do that. (You also need to take into account that the amount of revenue coming in isn’t defined as numbers go up and down, which is a factor in setting the amount).

Should the cost of Subs be constantly under review? Absolutely, although in most cases when you review that sort of thing you realise that you are massively undercharging compared to everyone else.

Should the cost of Subs be constantly under review? Absolutely, although in most cases when you review that sort of thing you realise that you are massively undercharging compared to everyone else.

I agree constant review is necessary, the problem as I see it is where the Squadron is located and their ability to generate income from fundraising and more importantly not putting off recruits and cadets by raising them too high so that parents have problems affording them, particularly at the moment.

Are HQAC starting a push to demand through the Regional and Wing Civ Coms for a higher percentage contribution upwards for no reward downwards.

They never struggled for recruits, we were charging £13 per quarter at the same time.

What you charge can afford to be representative of where you are, so as long as HQAC don’t move to a system where they set the prices!

They never struggled for recruits, we were charging £13 per quarter at the same time.

The place where the Squadron is, is important. Our Wing went covered area that were and still are very affluent against areas that are relatively poor and more so at the moment. My Wing has pulled out of the inner city and closed Squadrons and retreated to the ‘better’ areas.

This IBN is pointless.

It could be summarised as “do what you should already be doing” and would be better cascaded through wing chairs to have an “off the cuff” discussion with unit committees as a side item during a broader catch up. Then action any problems and offer guidance as an actual representative of that arm of the organisation with the authority to do so.

That, plus how many committees have members that read IBNs?

Do they think Chairs have been sifting through every IBN and catching up on the latest nonsense that has no relevance to them in the off chance one comes their way, and if they were that they haven’t given up by now?

Or do they now expect unit commanders to wade into a meeting and tell them how to do their job because it’s been dictated by CAC through COS, outside of the CWC reporting chain?

It could be summarised as “do what you should already be"

That would imply that they a- think we know what to do, and b- that they trust us to do it.

It doesn’t seem that outlandish to me.

It’s really just asking Sqns to ensure that cadets get value for money.
Nobody would be put out by paying a fair level of subs to cover the cost of providing activities as part of (and in return for) their membership. But should cadets / parents be paying now to fundraise for a minibus to be purchased in 10 years time, for example?
When there are other avenues available (such as ‘come on CivCom… get out there and apply for some local grants / Lottery grants / &c’) I’d say “no, probably not”. The purchase of specific items is exactly what grants are geared towards.

It’s one thing making use of subs to provide for the equipment and activities which will benefit the cadets during their service; it’s another to take a lazy “subs will cover it” approach to fundraising.
…and I don’t think that anyone would expect cadets / parents to be paying to increase the bank balance for the sake of it.

It doesn’t say ‘Subs may not be used to purchase specific items on occasion’; it says that subs shouldn’t be ‘framed’ that way.
This is really just saying to committees “Get your backsides into gear, do the job you volunteered for, and don’t just rely on the cadets paying for everything and anything in perpetuity.” A sentiment with which I wholeheartedly agree.

I suspect that it’ll put one or two noses out, which of itself will say much more about the individuals than the policy.
No more cadet paid for Rugby Clubs.

I wonder if any particular examples of Sqn’s charging large amounts for subscriptions have been discovered to warrant the issue of this IBN, or if this is a generic statement in response to the CoL crisis.

Considering purely inflationary aspects, subs rates would rise. Most Sqn’s I know of charge in the region of £10 per month which seems excellent value for money and to lower the rate for the whole Sqn would benefit those more able to pay. As the IBN says, the effects of the current economic conditions are not felt uniformly across our society. Better to keep the same rate and then address hardship cases as they occur at Sqn level.

Noted the HQ charge of £2.50 per cadet per month hasn’t reduced due to the pause in collection during Covid , but is fixed to Apr 2025 at the earliest. It will be interesting to see the state of play in the FYR 21-22 when it’s released in Jan 23.

What a complete and utter load of crap.

It shows just how detached the top is from the bottom. They are absolutely clueless. More and more the people the RAF dump on us need shopfloor experience to properly understand how the organisation ticks, I’m not convinced I’d let them run a tap unsupervised. If they are so clever, let them organise the activities, get all the bits together, then do in effect do a 12 hour day at a community event on a stall doing whatever to get maybe a couple of hundred quid on a good day. I wonder any of those professing to be CFAV taking sides with HQAC will attend a CWC meeting and tell them they are doing a bad job?

I wonder what is too much for subs? If this to do with the cost of living rises, will HQAC stump up any shortfalls or accept sqns might not do as much?

I was chatting to the deputy Wing Chairman who has been on a CWC for 25 years said those running the organisation and doing paid jobs say things that just get people’s backs up. Our Chairman said CACs comments about CWCs are making people on CWCs wondering if they are really valued, outside of the sqn, and their most recent Wing CWC meeting was quite bad tempered.

We have charged £12/month for 15 years, which at nominal £2.76/week is value for money. In combination with fund raising activities, donations and grants we have covered all our costs and I for one would strongly oppose any suggestion of an increase. The CWCs over the years have worked bloody hard and something like this bull is IMO a simultaneous kick in the teeth and genitals.

When it comes to critiquing squadron financing I do think HQAC need to take a long hard look at the complete lack of financial support they have given to sqns over the last 20 odd years despite them telling sqns what they have to buy. Such as IT, (including flight sims) which then needed an internet connection, then when MoD all risks insurance was removed sqns were presented another cost. The problem with IT is its inherent obsolescence.

I have to admit as time goes by the ideas I had of either becoming a CI or going on the CWC when I hang up my hat, are becoming less and less attractive, as we get more and more tosh coming out of HQAC. I am certain there are places I could ply my volunteering, where it would be less aggravating.

It doesn’t seem that outlandish to me

The sentiment perhaps not, but the implementation just screams firing off a diktat, having a stretch, and patting yourself on the back for a job well done before filing it away for a later “I told you” (when they haven’t really).

It’s neither leadership nor management. It’s lazy and misdirected. It is, though, endemic to HQAC to think they can lead and solve problems from behind emails and IBNs without taking tangible action.

It doesn’t find problems, it doesn’t solve problems, is an aggravating tactic to use, and is worded so vaguely as to say very little of value or impact.

Use the committee structure, cascade the message down, get the wing committees to actually do their job supporting squadron civcoms by getting amongst it, finding out the answers to the questions the IBN skirts around, giving the necessary steering, and weeding out the bad eggs with direct action.

That didn’t need an IBN, and if that is happening off the back of the IBN it colours the reception of the necessary soft skills approach.

Is this how Senior officers manage the RAF?
Do they do understand everyone in the Air Cadets does this out of goodwill and the attitudes HQAC show to us, does not enamour them to us and people are just as likely to walk away, than get treated so poorly.
Someone needs to put a few effs up the ACMB because carry on like this with the way the world is currently and there may be no need for such a large ACMB.

The main purpose of this IBN is that the HQ subs are not changing for 3 years, the rest is a bit fluffy

Took us months to get all our cadets on standing order for subs … can you imagine asking parents to , potentially, change the standing order each month , as we review it, as asked … 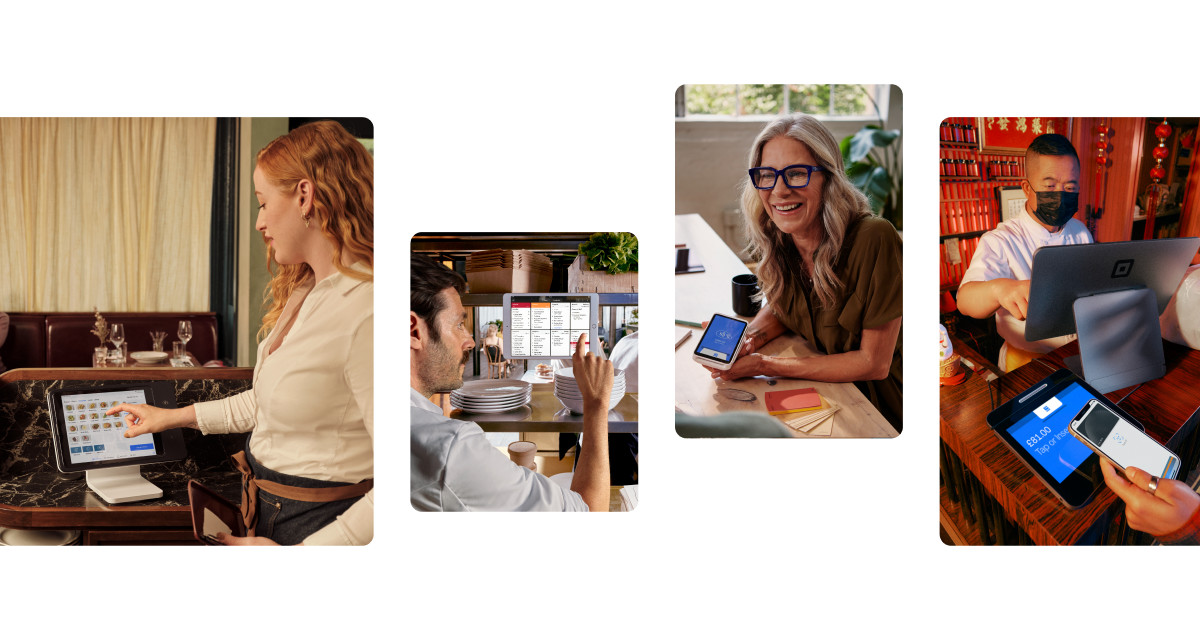 Square helps millions of sellers run their business – from secure credit card processing to point of sale solutions to setting up a free online store. Get paid faster with Square and sign up today!