What walks around the UK would you all recommend? Post-lockdown, I’m feeling very motivated to get outdoors and explore what we have to offer. I’ve bagged 2 Munros to date, so will probably begin by ticking a few more off but looking further afield for something different later on in the year!

I guess it depends where you are & how far you want to travel! What 2 Munros have you done?

At this point, I’m open to travelling far & wide if safe to do so! I did both Beinn Ghlas & Ben Lawers together!

Ah yeh - I’ve heard a (niche!) quiz question of “what are the 5 most popular Munros by ascent?”, and Beinn Ghlas is one of them because most people do it on the way to (or from) Ben Lawyers from the SNT carpark.

If you want to start relatively benign and are in the north of UK:

My first experience of Striding Edge was as a 14 year old cadet. Heavy snow on the ground and very foggy. It was extremely hairy so I would echo the comment about good weather.

That being said it remains one of my favourite walks.

Don’t get @ccw34 started!
I could add New Forest great for a bit of WW2 history near Ashley Walk
Southdowns - do the Southdowns way for a nice challenge
Yorkshire Dales
North York Moors
Lakes - so many off the beaten track places.

Trail Magazine is good for routes and I’ve started using Komoot for ideas for local routes.

+1 for komoot, very good at giving you little gems, and you can filter out down to the type, length, locality you want.

If you want to explore what’s on offer in different areas around Scotland then a site I’ve often used is Walkhighlands. Has a lot of good information on everything from distance and estimated time routes will take to where to park to start the walks. 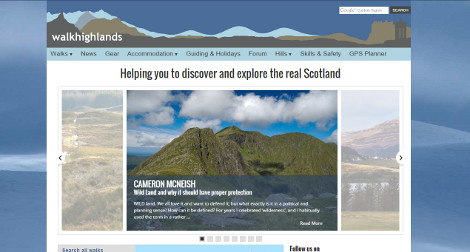 Discover Scotland, one step at a time with Walkhighlands. The ultimate website for walking and hiking in Scotland, with thousands of free detailed descriptions of walks, places to stay, GPS waypoints, and proper maps.

That’s 10 mins from my house and a fav walk

This forum is a fountain of wisdom! Thank you all! @ccw34 that’s an impressive list!

Full winter conditions at the mo!

as @WelshML says, it’s proper winter conditions at the moment. Only attempt it if you’ve done it before, are experienced with ice axe and crampons, and are comfortable with the exposure in those conditions.

Even in summer conditions, it’s not a route for a beginner to take on Snowdon