Hey guys. Wondering if someone could help me with this.
Here is what I just quickly skimmed through on AP818: 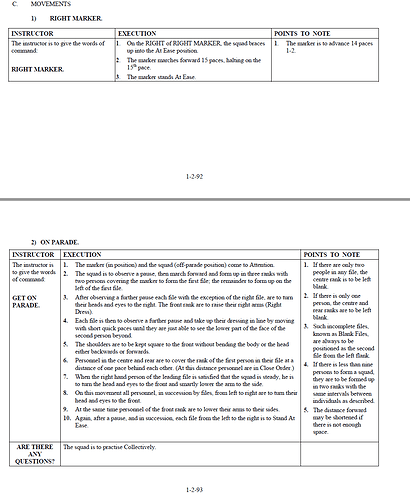 It is common place at our sqn to right incline, pause for left right and then make the squad. However it suggests here that this is not necessary?
Also with this does the marker have to right incline or can they just walk off for 15 paces?

Any answers are appreciated! 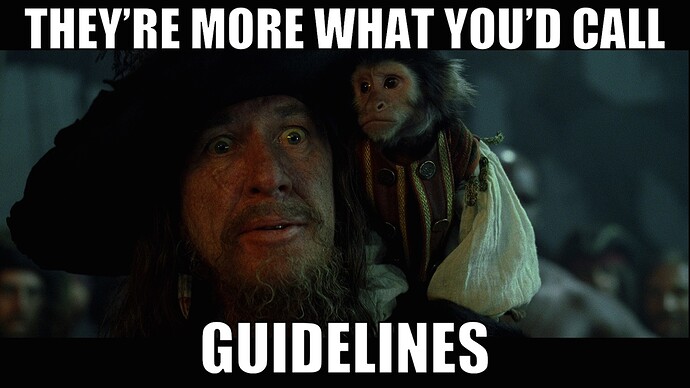 818 is written for the perfect world with a proper parade square, so adjustments to certain parts are common to suit local needs or restrictions.

HOWEVER, there isn’t a reason I can think of that gives any advantage by inclining. My unit used to do it about 15 years ago, which Is odd, because I’ve got a 2001 copy of ACP19 and it’s not in there.

A more likely amendment is to reduce the number of paces the marker moves forward… But they just march straight off forward without inclining.

Yeah, reduce the paces to fit.

We once had a CWO come back from staffing JNCO like she’d joined the Reich. She was trying to teach the unit this.

The marker she chose was a clever, lazy cadet. He could see what she could not. The parade square would not fit 15 paces, a halt and end with him two paces in front of her, who herself was two paces from the building. You need 21 paces from wall to wall, (I measured later, it was 15 wall to wall.)

So the marker marched forwards, and he did the shortest paces I have ever seen. 15 teeny paces and he halted two paces away from the CWO. Perfect.

She calls on Parade, and the squad of unobservant cadets march forward with confidence. Until they realised that at about 10 paces in, they had to fit five paces and a halt into about the space of one. So the last bit was basically them all stamping on the spot repeatedly to make up the numbers.

The CWO was apoplectic. It looked awful, so she made them do it over and over. (She also hadn’t clocked marker’s teeny stride)

When I pointed out to her she was asking the literal impossible, she told me that she was taught 15 paces at the weekend, so that was what she was going to do and carries on.

It would have been funny, had the cadets not been getting shouted at. But the AWO just told me to butt out when I asked him to intervene, because, at the time I was a CI, and it was none of my business.

The CWO was apoplectic

Let me guess. Now a Wg staff officer… still with illusions of grandeur.

Maybe its me still being half asleep but i dont quite get the incline bit youve mentioned if they are doing get on parade with an incline its sounding like a historic incorrect Squadronism. Theres no incline just march off forwards. just reduce the number of paces to fit the space you have. The ceremonial part of 818 is a guideline that if you need to tweak to make it work in the space you have then tweak it.

They’re conflating Get On Parade with Sizing.

@Baldrick If my memory of this event is correct (and it is somewhat jaded in general these days) then said individual moved on and away once timing out.

It does highlight a very good point that needs consideration. It is wonderful and easy to do drill exactly as per the book when on a course with a properly laid out parade square and size etc.

How many Squadrons have this? Whilst we have procedures and regs etc, we need to be pragmatic with how we manage this, and teach Cadets and Staff to be so.

They’re conflating Get On Parade with Sizing.

Yeah, that’s exactly my assessment of the situation too.

For those Squadron occasions when sizing isn’t important and all one needs to is get the cadets fell in then there’s a simple command for that… It goes: “Fall in!”