Hi guys, i was just wondering if anyone knows where I can pick up a flying suit? Thank you

The original famed www.mart-aviation.co.uk …who’ve sold surplus Mk14 suits, from Yorkshire (of course) since well-before the internet or eBay were ever invented.

Don’t suppose you are on a VGS as an FSC? When I joined as an FSC I was issued my flying suit there along with flying jacket, gloves etc.

I’m going up to Dundee in July for ACPS…

I can’t think what ACPS is, but if it involves flying in any sort of service aircraft then often you won’t be permitted to wear your own flying suit anyway (gliding seems to be the exception).
Squippers tend to get itchy about protective clothing which they are unable to garuntee as serviceable. i.e. they will not be able to certify that your suit is appropropriately fire retardant.

In those cases, you should be issued what you need anyway.

I wouldn’t worry denton, you will almost certainly be issued your own flying suit along with gloves and any other necessary clothing. If this was not to be the case I’m sure you would be informed well in advance, but as WDI says, squippers tend to forbid any use of clothing which is not issued by themselves.

Besides, you’ll save money by not having to buy one.

Have fun in Dundee, I’m told the ACPS is an excellent one to be a part of.

That would make sense wouldn’t it!

Went on the ACPS in December last year, you don’t have to bring a flying suit as you can wear your Working Blue uniform instead, like going AEF flying, though when you are there you are not issued with a flying suit as it is a civilian flying school. I’d recommend bringing thermals to wear underneath as its freezing in the aircraft and plenty of stuff to do during free time/non-flying days.

Cheers guys, thanks for the advice.

Well good luck at that then, I’m lucky enough to live in Dundee so it dosent take me long to get to tayside aviation. If you are still looking to buy your own flying suit then they tend to sell them at air shows, but just make sure it’s the real deal.

Steady now, Airdog Acc!! Incubus is sounding like he’s wishing Riverside was further north…it’s great where it is (as of course is the city of Dundee) 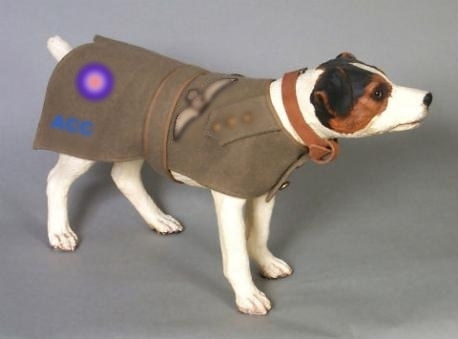 Being an Ex Squipper that left only 2 years ago I can tell you that if you need it you will be issued it as was rightly said above you cant fly with your own belive it or not they need an initial service before you can fly (about 6 years ago they used to be serviced evey 15 weeks) all flying clothing is classed as PPE so has to be looked after as such.

Hi there, there’s a nice MK16 one on Cadet Direct for £25. I’ve used mine loads at the airfield, it will arrive within 2-3 days. Hope it helped.

Hi Amelia, you might be nine years too late for this one…

Sorry, it didn’t say the year it was posted! Only April 13! It’s helpful for others though.