With Jodie Whittaker looking likely to leave Dr Who (though really it’s Chibnall who needs to go) there is hope for Charlie boy to get himself a job until he’s needed elsewhere. 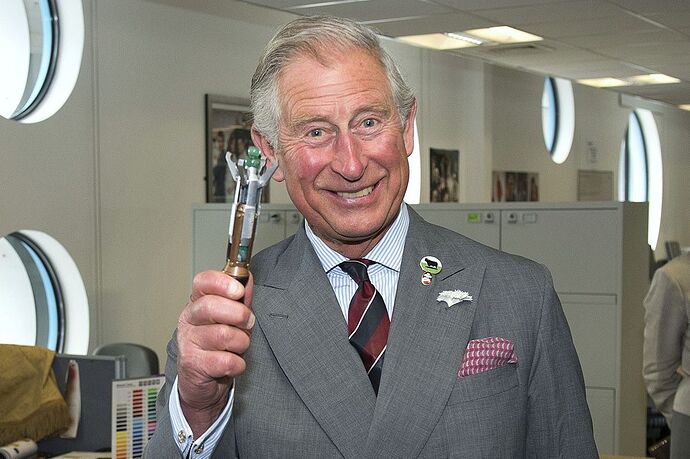 I am liking the rumors of Richard Ayoade stepping into the TARDIS.
@Giminion

My elevenses can wait. give me a moment…

Personally I think Jodie is good*, but the writing has been poor. Even towards the end of Malcolm Tucker’s reign the storylines were beginning to get too extreme - like they were just trying to shoehorn in as much convoluted, wacky, “cool” stuff as they could (to hell with canon or some sort of logic). I think that actually started with Matt Smith.

At this stage, I feel like they run out of ideas and go “let’s put some Daleks in, I like how Jodie says it”.

(*she won’t go down as a great - or maybe even good - Doctor, but has been failed by factors out of her control.)

Richard Ayoade could be a fit bringing it back to the chaotic messiness of the Matt Smith era. Needs the writing to match, though…

I’d heard that there’s contractual obligation to put the daleks in every season - although a very quick Google deems that to be completely false.

Going back to the melt down when they announced there was to be a female doctor,
I said at the time male, female, blue, green, black or all of the above it won’t make a difference as the writing quality has gone.

The current standard of script is just poor and the amount of assistants has made it even more jumbled.

For me Christopher Ecclestone was a good choice to jump start the series and then David Tennant was the best to keep it going but after that it started to dive away, It also corresponded to the writers changing

To me the the new writers have forgotten it’s about switching off and watching some light hearted fun. that’s what’s missing fun and imagination…they need to get that back

Richard Ayoade could be a fit

although this is exciting if he did it…is Richard kid friendly?

i am not saying he’s Frankly Boyle, but would his style suit the younger audience and fan base?

perhaps i am overthinking it, i know friends who don’t “get him” or like his delivery so predict that will be the same for Dr Who, but with a younger audience would they follow?
i guess it depends how much Richard Ayoade’s personality is brought to the role and how much is watered-down

I agree that Jodie has been good, especially considering what she’s had to work with in terms of scripts. I think Capaldi was the best doctor even if not the best series at all. (But then I’m a big Pertwee fan and he clearly modelled himself closely on Pertwee). They need to rein back the social justice warrior stuff. Dr Who has always been a little edgy on the social commentary but the last few series have just been so in your face that even as a fairly liberal person I’m thinking it’s far too much.

I disliked Capaldi when I first saw him, but on reflection I actually quite liked some of his stories.

The issue i don’t think is with Jodie, it’s the head writer. He is not a sci fi writer at all and cannot do subtle. Everything feels very ham fisted and attempting to be cool and young, but failing miserably. Think the stuff about the environment, or the stuff about racism. They are really important topics which, done well, would create passion and debate amongst fans. All it’s done with me is make me roll my eyes and turn off.

It is largely irrelevant who is in the role of the Doctor - what matters is a good script and a good storyline that doesn’t ruin decades of lore and story previously.

It is largely irrelevant who is in the role of the Doctor - what matters is a good script and a good storyline that doesn’t ruin decades of lore and story previously.

This time and time again!!!

Perhaps we were just spoiled:

I’ve mostly enjoyed the companion group and their arc, but the balance wasn’t right. They tried to fit too much in at the same time with the internal dynamics of the characters and group and also the external themes - then add in the “storyline randomiser” that they seemed to use to pick their plots with and it has all just been a mess.

she won’t go down as a great - or maybe even good - Doctor, but has been failed by factors out of her control.

Colin Baker’s situation was similar, and he’s been rehabilitated lately.

Eh, I’ll go to bat for her. I’ve actually generally enjoyed her run.