Craiyon has been floating round the internet for a few weeks now. You type in a description of the image you want to see, and it uses artificial intelligence to generate it for you.

I thought I’d create a thread for people to share the images they have made. 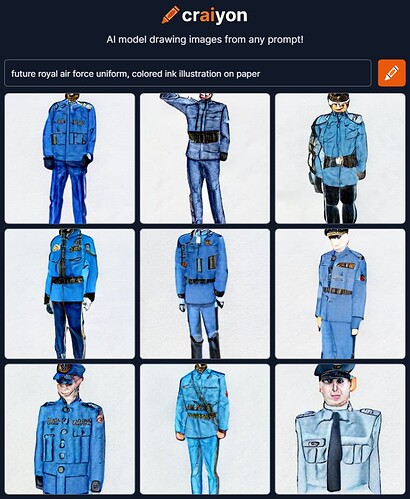 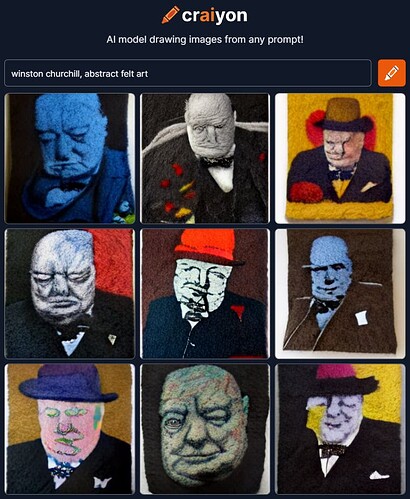 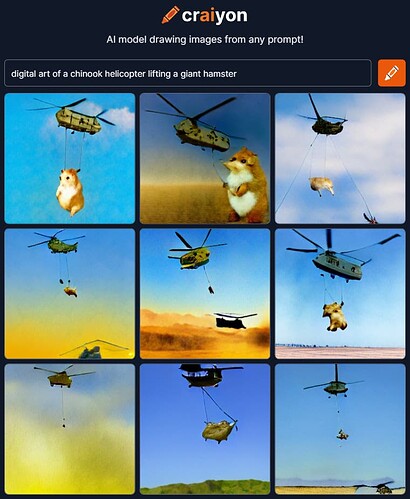 You can be incredibly specific with the prompts you give it. For example, see The DALL·E 2 prompt book, 168 Mediums of Art on Paper, or 52 3D Art Mediums as inspiration.

Note that the resources in the previous paragraph are based on a model called DALL-E, which is substantially more advanced than the model in Craiyon. The terrifying faces in Craiyon really give this away. It also cuts the processing short after 60 seconds and outputs whatever it had come up with so far, giving the images an unrefined appearance. But it’s free! The main DALL-E model isn’t available to the general public, as they are worried about the consequences that could have. There are rival models in development as well. Google has not just one, but two (Imagen, Parti) and Meta is working on Make-A-Scene. 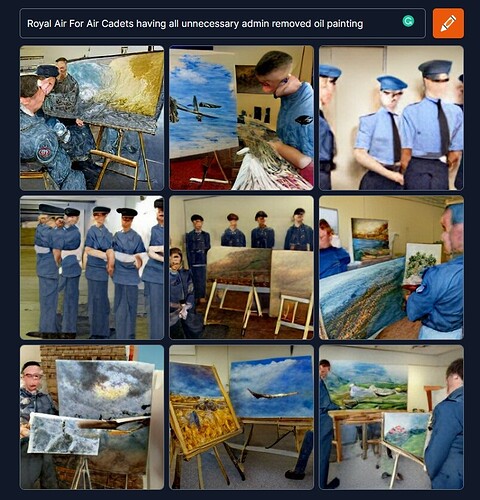