Very sad to read this: https://theblades.com/blades-january-2023/

Nice team, will be missed

So soon after appointing their new manager too… 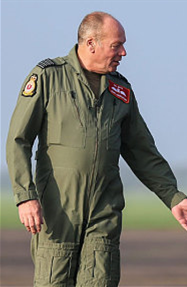 Is it wrong that I had to double check if that was a joke?

Is it bad to say I had never heard of the Blades until these posts?

that would depend on how clued up your are on Civilian display teams/attending of airshows.

The Blades have a good(great) name for themselves as Ex-Red Arrows pilots doing what they love and are good at joined by some fantastic civilian pilots too of equal calibre.

I’ve only ever attended a couple at Cosford, Blackpool and Southport. I’ve been on this site for a few years and again, never heard them mentioned until recently.

The blades certainly did Southport a few times, I’ve not been for a few years now but maybe 8 years ago-ish

There is a joke in here somewhere

If you’d flown into Sywell you’d be aware of them - PITA with closing the airspace to practice, but if you timed it right you could fly in, watch them while you ate your lunch, then fly home again. I’ve done that a couple of times.