There wasn’t really a generic STEM Ambassador thread, so there is now.

And for the first question…

Have any other STEM Ambassadors had an email about RAF Youth & STEM material today? 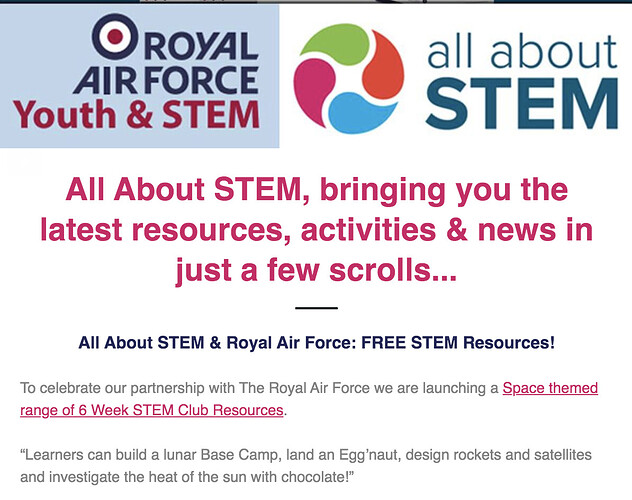 tell me what SHAPE is

I want to say Social Sciences, Humanities, and Arts [not too sure on the last two].

And I 100% agree with @Batfink on the value of this area. Society can’t function with STEM heads alone.

not too sure on the last two

Nope I give up.

Google suggests it may be Sports, Health And Physical Education.

“Social Sciences, Humanities, the Arts for People and the Economy.”

SHAPE is a new collective name for those subjects that help us understand ourselves, others and the human world around us. They provide us with the methods and forms of expression we need to build better, deeper, more colourful and...

It’s about the greater understanding of humanity that other subjects provide that STEM doesn’t necessarily.

Isn’t that a county just outside London? #lawyerjokes

And yes - it’s a bit like Scientists. Technologists. Engineers. And Mathmaticians running around scoring all the glory without actually recognising that there are other things that are also required.

I really do appreciate the big push for STEM in the curriculum and industry to help drive things forwards - but after 15 years of shouting about STEM (albeit, RAFAC arrived several years late to the party!), it’s finally been recognised that championing one area without investment in other areas is not actually going to help the economy all that much.

It harks back to Ken Robinson’s fantastic “Do schools kill creativity?” TED talk - specifically, the hierarchy of subjects. The RAFAC championing 1 area over all others is falling in line with one of the things currently wrong in the broader educational context.

Should we kill off STEM? Not necessarily. We do have a unique insight into STEM which other providers do not - BUT, when it’s delivered haphazardly, facilitated poorly, and the underlying lessons are lost, it really is quite a poor show. I’ve always said that schools do it better. Far, far better. They are better resourced, funded and trained than we are.

I would argue that if we are delivering STEM, deliver it better; but champion SHAPE alongside it.

I would argue that if we are delivering STEM, deliver it better; but champion SHAPE alongside it.

Worth remembering that the aims of the organisation includes:

To develop the qualities of citizenship and leadership.

Something which is far more relevant to SHAPE than STEM.

I think the broader point is that both are important and complementary and individuals with an appreciation for both are more rounded than those laser focused on one or the other. Concentrating on STEM alone isn’t the answer.

I come from a SHAPE background but now work in a STEM’ish field and feel like my personal experiences have equipped me better for the work than those who have come straight from STEM.

“All things STEM”. Proceeds to talk about SHAPE

Although I will add, as someone who has always worked in the STEM field, I think the SHAPE idea is great and needs as much encouragement as STEM! It’s not all science and technology out in the real world!

First came across that a few years ago and regularly rewatch. Love it.

BUT, when it’s delivered haphazardly, facilitated poorly, and the underlying lessons are lost, it really is quite a poor show.

This, this and this again. It really sums up the 99% of STEM we do, and I include the classifications in that. We need direction, resources and what I would call “proper STEM”.

As I always say to cadets, STEM is great, but without art they wouldn’t have an iphone.

There’s a high-ranking CFAV who, afaiu, was involved in the iPhone design…

or STE(A)MM, where the 2nd M is Medicine

Medicine is a Science though surely?

Most medics I know describe what they do as an art…

But STEMM is a common acronym anyway. My guess is that its come about because within universities that teach medicine / medical sciences, they’re always their own school / faculty, regardless of what other faculties that university has. The most extreme example I know is Edinburgh, where they have a College (=Faculty) of Science & Engineering (containing all science subjects: bio / chem / phys / maths / geosci / compsci / all engineering subjects), and a Faculty of Medicine & Veterinary Medicine, containing only medicine, but Bristol / Birmingham / Glasgow / Southampton have similar structures too

Module outlines are provided below, please note that this is for guidance only and may be subject to change. 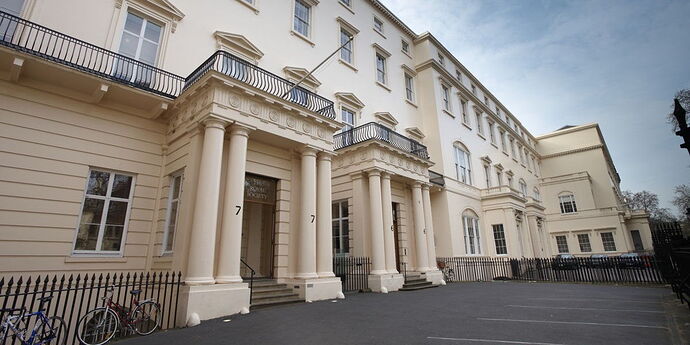 Before you continue to Google Search